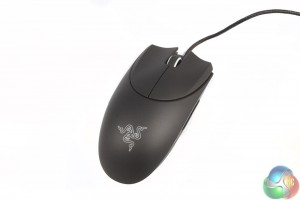 The Razer Diamondback Chroma 2016 is a very slim mouse. As well as being ambidextrous, and therefore lacking the somewhat common right-handed palm rest of some mice, this one also does away with any sort of extended finger rest. That means the Diamondback is only a few centimeters across at its narrowest point and is less than six at its widest.

The whole build is very solid, with no creaking in the frame when flexed or squeezed. The whole construction is black plastic, with a light texturing on the left/right mouse buttons for added grip and to avoid the slipping dangers associated with high-stress perspiration.

The clear Razer logo on the palm portion of the mouse does of course light up when in use in any variety of colours that you wish. 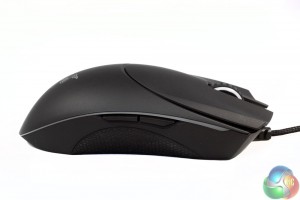 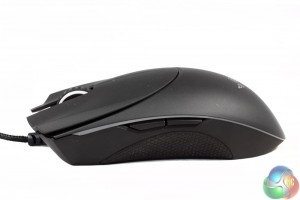 Side on you can see how low profile the Diamondback is; this is not a mouse for palm grippers. Both sides are also identical, featuring the same rubber finger/thumb grip which extends deep under the overhang of the upper body, making much of it inaccessible to all but the most slight fingers when in use.

There are also two additional buttons on both sides, which at default provide forward/back functionality, though they can be remapped in the back-end Razer software. Above them both on each side are clear light strips, which flow through the various colours of the rainbow when first powered on. 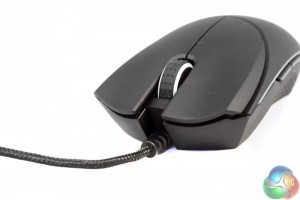 At the front end there are the usual left/right click buttons, nestled between which is the rubber coated scroll wheel, which also has a pair of light strips around its circumference.

Notice that there is no DPI selector switches or buttons around this part of the mouse. If you want to adjust those on the fly you will need to chance one of the side buttons to have that function. There is however a cable guard at the front, to prevent it shearing off against the frame over time. 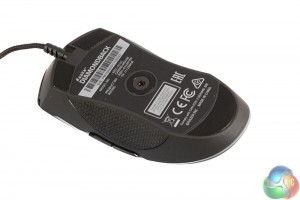 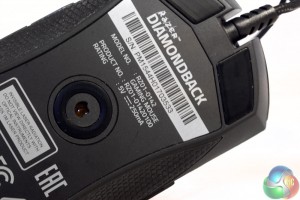 The underside of the mouse features a trio of PTFE pads, with the 5G laser sensor in the centre. The feet sit very flush with the frame, so seem less likely to build up muck over time, as is common with some gaming mice. 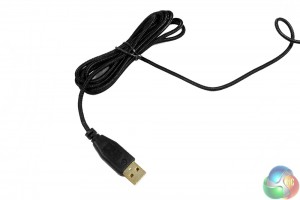 The cable is braided, but with a smooth coating, so there is almost no drag from it. The USB header is slightly customised too, with a gold plated connector to aid durability.

Previous Rocket League season 2 begins, did you get your crown?
Next Tesla stock blossoms despite reporting losses