The future world of Advent is a perfect one, or at least, thanks to ADVENT technology, it nearly is. Due to gene therapy, it’s said that disease and illness are all but eradicated, but not all is well in this idyllic future setting. The spit and polish appears to be just a thin veneer, covering a class war brewing in the background. 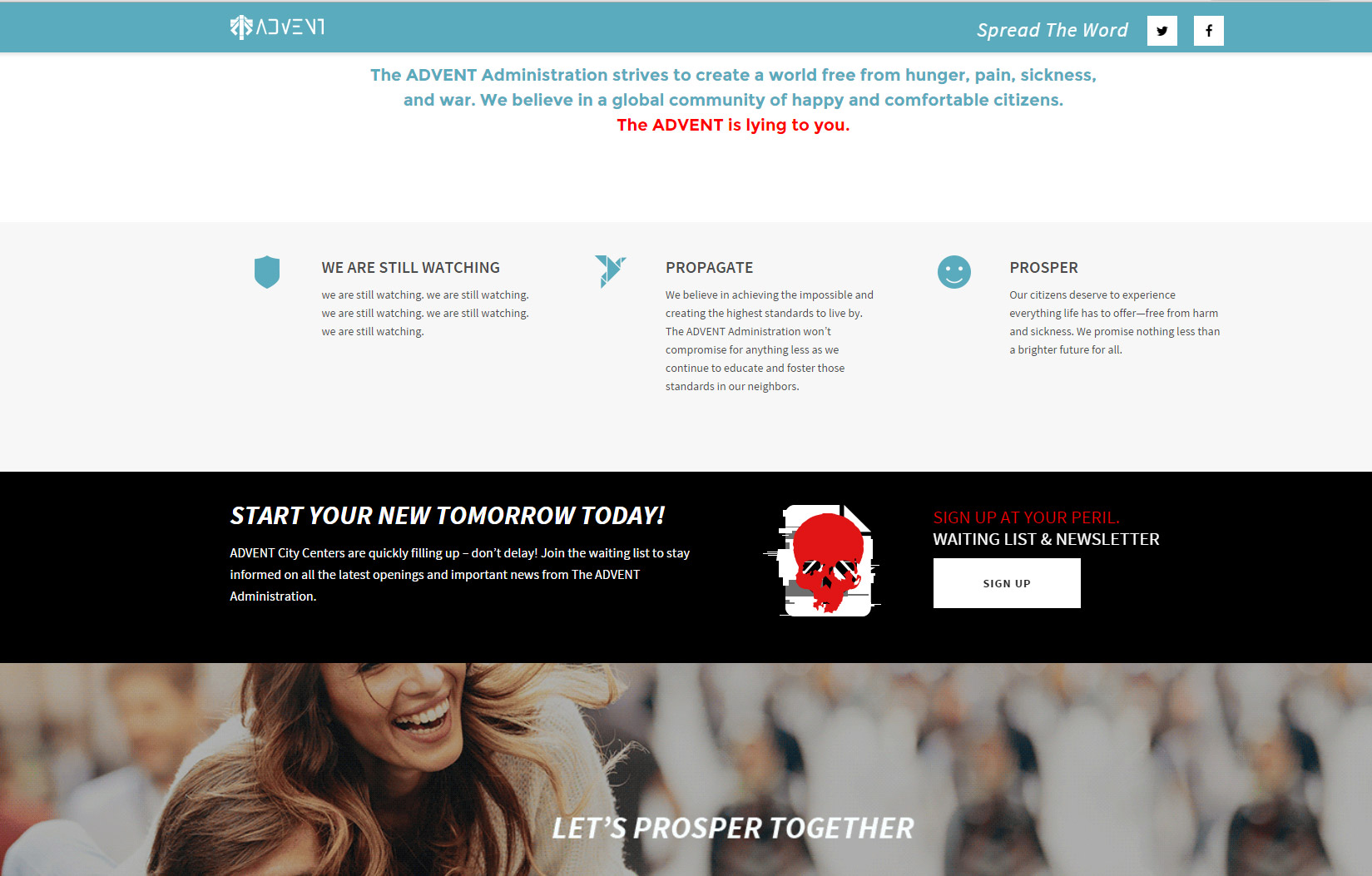 There’s more than a few things wrong with this site…

Not much is known about the game at the moment, other than 2K will be publishing it and that some sort of dystopian future setting will be involved. Presumably too, it will involve the use of gene splicing to create some rather unique human beings, as I don’t think anyone is expecting the game’s characters to stop short of just stopping disease, they’ll want to augment soldiers and other characters too.

On top of that, along with technology that can keep people alive, Advent is also a place with nearly three million residents and counting.

There’s also a big theme hiding what’s really going on with Advent’s marketing materials. On the AdventFuture.org website, while most of the images show happy, healthy people enjoying life, many of them flicker to much more dangerous looking alternatives if given a few seconds. Every quote reads like someone has a gun on them too.

It’s all a bit too gushing about this technology and their home.

KitGuru Says: Anyone want to take a swing at what this game’s about? Some of those concept screens look a little pixelly to me. Also, what are those statue like individuals on the pavements?