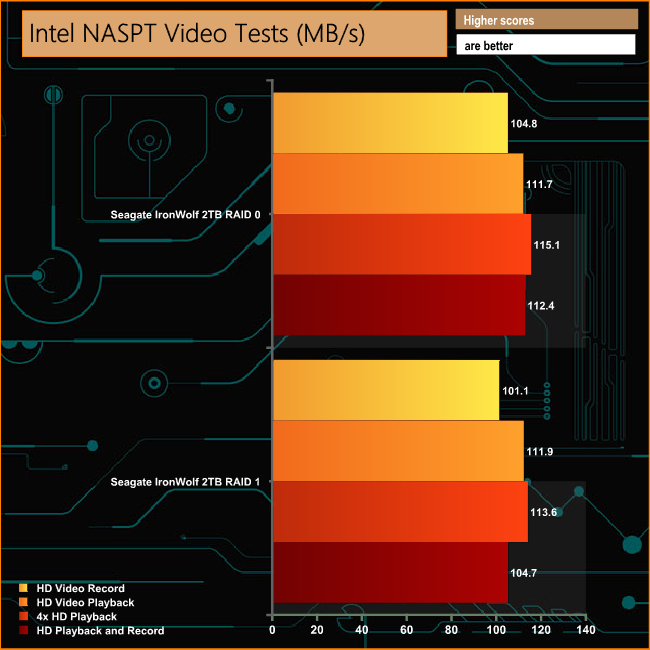 The TS-231P makes a pretty good job of the video tests of Intel’s NASPT benchmark, not dropping below 100MB/s in any of the tests in either RAID 0 or RAID 1. 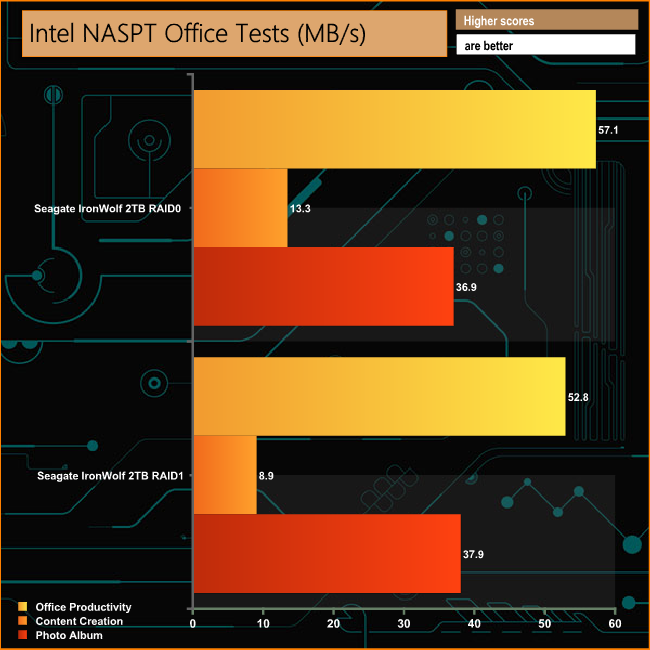 Again in the office type tests, the TS-231P offers strong performance, particularly when dealing with the multitude of small files in the Photo Album test. Having said that, the Content Creation test performance does fall back when the drives are in a RAID 1 array.