Last week, KitGuru was invited to a press event in London, where Nvidia showed off its Shield tablet and controller for the very first time.  The Shield tablet has been designed to deliver a console experience through Nvidia’s own technologies such as Shadow Play and Game-Stream.

The device aims to deliver console grade controls  with the Nvidia branded controller, which uses WiFi direct connectivity to half the latency you would find in standard bluetooth gamepads.

The controller has a headphone jack for hooking up a headset as well as an integrated microphone for issuing voice commands via Google Now. Just like the original Shield handheld, the tablet will use Nvidia’s Game-Stream technology to allow you to stream titles from your 600 or 700 series GPU in your main rig to your tablet in another room. At the moment, there are 120+ supported titles so those of you with bigger libraries might not be able to run every game you own but the more popular titles will work. In addition to the 120+ supported PC streaming titles, you’ll be able to play more than 400 controller supported Android games too. 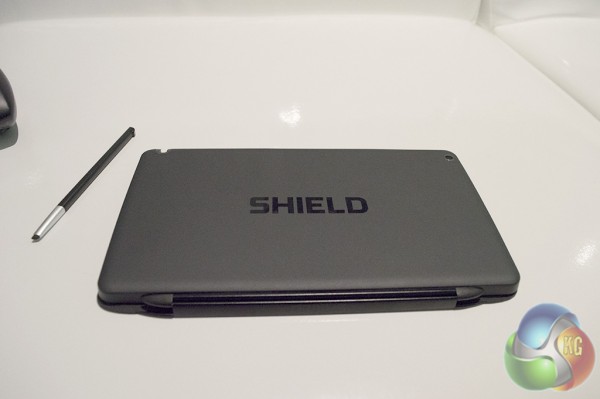 Twitch comes pre-installed on the tablet. Since the Tegra K1 GPU is Kepler based, you will be able to utilize all of the Shadow Play features you’re used to on a desktop machine, including local game recording and live-streaming. The Shield does have expandable storage for those who want to record gameplay, like most devices, you can use any micro SD card up to 128GB.

In console mode, you will be able to optimize your gaming experience, with settings for higher graphical fidelity or a higher frame-rate depending on your preference. The tablet is designed for 1080p gaming specifically, targeting to perform similarly to the Xbox One and PS4, so don’t expect to use this to stream games to a 1440p or 4K screen. 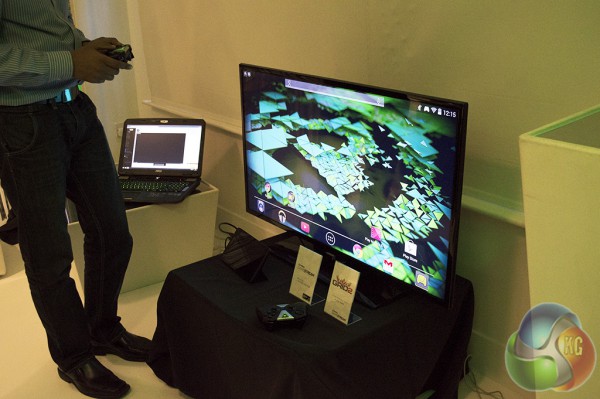 KitGuru Says: The Shield tablet is a powerhouse. If you’re looking for a decent Android tablet, then I would probably recommended this over the Nexus. However, it is a shame that you have to buy the controller separately in order to get the most out of the tablet, which drives the price up a fair bit. While I don’t see this replacing consoles for a lot of people, it will make a fantastic alternative for those that are willing to give it a chance.

Previous Final version of Watch Dogs E3 graphics mod released
Next Bonsai and flowers on the edge of space, for art