We measured the noise output of our entire system from a distance of 1m while the CPU cooler’s fan operated at 100% and when also under PWM conditions. This allowed us to record the maximum possible volume of the CPU cooler as well as more ‘realistic’ real world noise levels.. 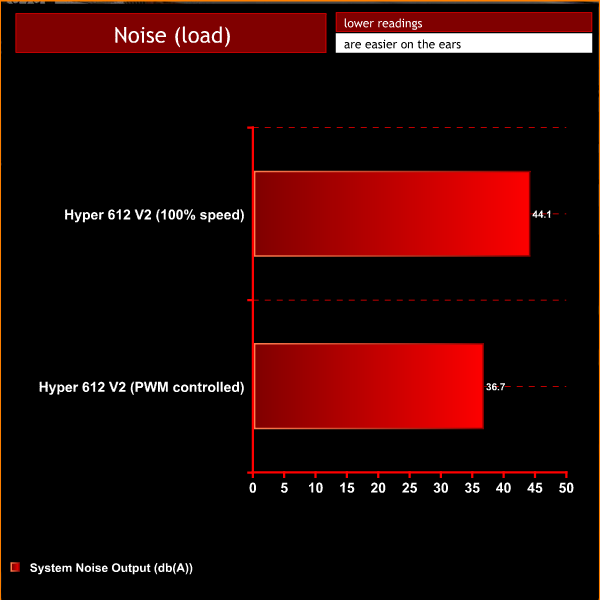 Under our test conditions, the CPU fan rose our overall system volume to 44.1 dBA, which is fairly high. However, end users likely won’t be running their CPU fans at 100% speed, even while gaming- so we decided to include the PWM controlled result as well.

Allowing for automatic speed adjustments greatly improved our results, reducing noise levels all the way down to 36.7 dBA under full CPU load.