The market is moving to commodity processors – writer

The world of processing units is altering. With the ARM architecture entering the market of servers and the Power architecture available for licensing by third parties, a lot is going to change within the next five years. Thanks to the fact that similar processing technologies will be available from different vendors, the price of actual processing units will inevitably decline and the market will commoditize, which will require its players to change not only their business models, but also their business practices and even philosophy.

Companies like Intel Corp., AMD, Nvidia and other spend tens of billions of dollars every year on research and development of very sophisticated central processing units and graphics processing units. But the general market trends show that the whole IT is entering a commodity era. While the chips in general remain to be rather expensive, eventually they will also be commoditized, believes Mark Stephens, a well-known journalist, who recently published a book called “The Decline and Fall of IBM” under the pseudonym Robert Cringely.

While the book mostly covers IBM and its rather odd decisions in the last ten years, it also observes general industry trends. For example, the author believes that it was a mistake for IBM to sell off its x86 server business to Lenovo as the market of x86 servers is growing, whereas the market of mainframes is either stagnating or declining. The main problem with x86 servers for IBM is that there are too many suppliers and the profits are low, which is why the company needed to learn how to make such servers very cost-efficiently.

Commoditization of CPUs and GPUs

The same thing is about to happen to microprocessors. After the x86 architecture became dominant in personal computers, the amount of suppliers of x86 chips started to shrink. In the last ten years Advanced Micro Devices and Intel Corp. commanded the market of desktop, notebook and server central processing units. However, in the coming years ARM Holdings and hundreds of its partners are going to enter the market of client and server computers. Once ARM-based server chips gain support by major software vendors, they will become strong competitors to both AMD and Intel.

If ARM-based system-on-chips are available from multiple vendors and there is no significant difference between such chips, a price war will inevitably start, the consequence of which will be commoditization of ARM chips for servers. Moreover, once ARM-based SoCs become competitive with x86 offerings, the commoditization will spread across the whole market of microprocessors, which will be a strategic inflection point for the whole industry. Since ARM and Imagination Technologies develop graphics processing technologies available for licensing, various chip designers could use them to create chips to compete against AMD Radeon and Nvidia GeForce graphics processors. 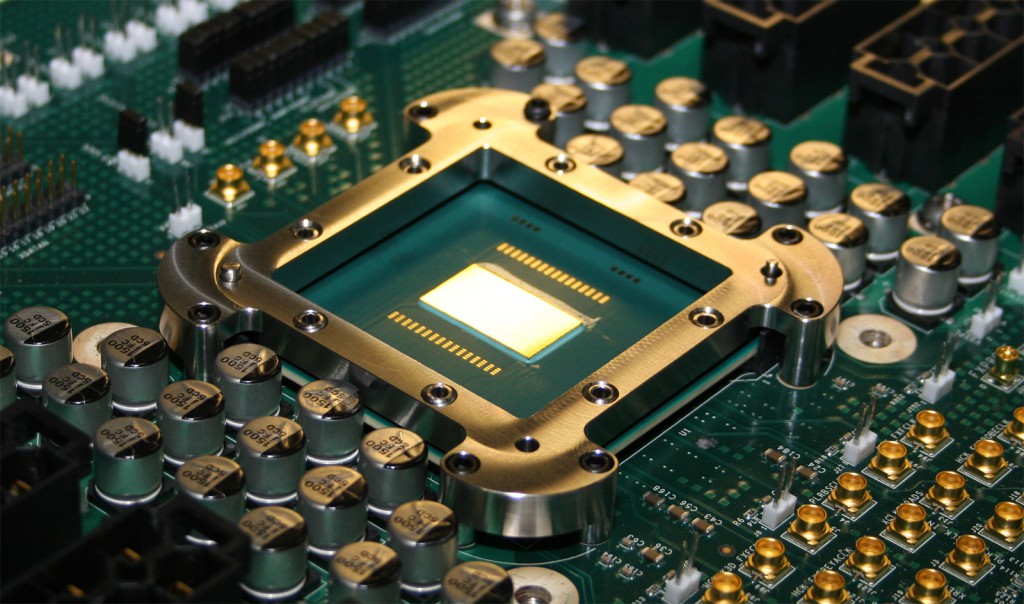 While it is hard to expect microprocessors (even those little chips for micro-servers) to become generics since one still needs billions and a lot of IP to develop a truly competitive chip, the prices of the CPUs (and to a lesser extent GPUs) will likely go down. As a result, companies like Intel, AMD and Nvidia will have to learn how to operate in a commodity market. It will be quite hard to sell the Xeon processors for $2000 – $6800 apiece if similar performance is offered by a number of relatively inexpensive ARMv8-based SoCs. It will also be harder to sell compute accelerators like Nvidia Tesla for $2000 – $5000 and higher if there are similar solutions based on the ImgTec PowerVR or the ARM Mali architectures. Generally, in order to be successful, the chip companies will need to become low-cost/high-volume producers of competitive solutions.

While it is clear that all current market players will need to cut costs and increase their volumes, all chipmakers will likely use different methods to do that.

Intel’s traditional trump is its own manufacturing capacities. The company will try to ensure maximum yields of its chips and will probably try to optimize its investments. Theoretically, one of the best way to reduce the per-chip cost is to make it on a larger wafer. However, earlier this year Intel reduced its investments into 450mm manufacturing and delayed deployment of the first 450mm fab. Since Intel needs to sell in high volumes, it is expanding its product families to include chips for smartphones, media tablets and wearables/smart appliances.

AMD and Nvidia (as well as other fabless chip designers) do not own semiconductor fabs, but they will also likely ensure maximum yields by working closely with their manufacturing partners. AMD is also optimising its costs with its ambidextrous strategy (re-using IP across the product line). The problem is that AMD needs to rapidly increase its revenue and volumes to stay competitive with companies who do not spend billions on research and development (R&D), but license key IP from companies like ARM Holdings or Imagination Technologies. While AMD is expanding its product line-up very slowly, it hopes to gain contracts from large customers, such as Sony or Microsoft, in a bid to ship tens of millions of similar chips.

Nvidia last year announced plans to license its graphics processing technologies as a way to diversify its revenue sources. While so far the plan has not started to bring any fruits, eventually it could become a significant source of income, which will make Nvidia more competitive both against ARM/Imagination and against their partners.

It will be interesting to see how Qualcomm will operate in the new market conditions. It develops graphics processors in-house, but licenses ARM’s instruction-sets and even cores. The company already faces strong competition from Southeast Asian designers of mobile SoCs (such as MediaTek and Rockship) and going forward it will get even harder to compete against them. The market of mobile gadgets is growing rapidly, so Qualcomm is more or less safe, but in the long term future it will also have to cut costs and prices to stay competitive.

While the picture drawn here is not exactly bright for AMD, Intel, Nvidia, Qualcomm and many others, it should be noted that the drastic changes are not going to occur overnight. In fact, it is unclear when they are set to occur. Perhaps, they are five years away, perhaps – a decade from now.

KitGuru Says: It remains to be seen whether the commoditization of the microprocessor/graphics processor market will actually happen. After all, powerful companies like AMD, Intel, Nvidia or Qualcomm know how to differentiate and how to make their chips more competitive…