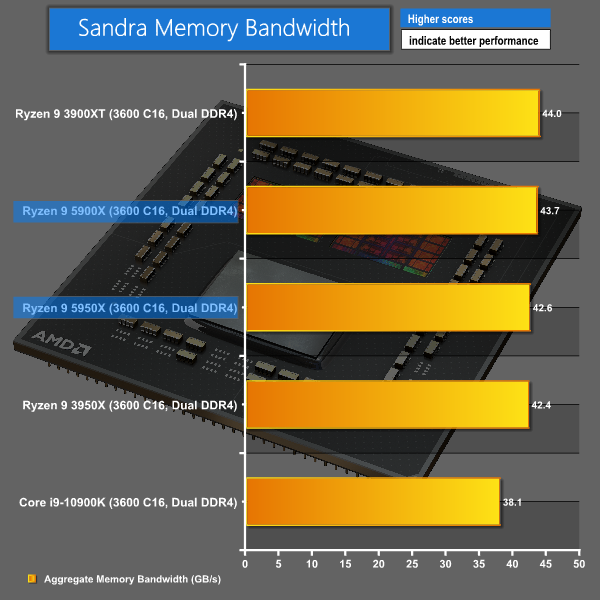 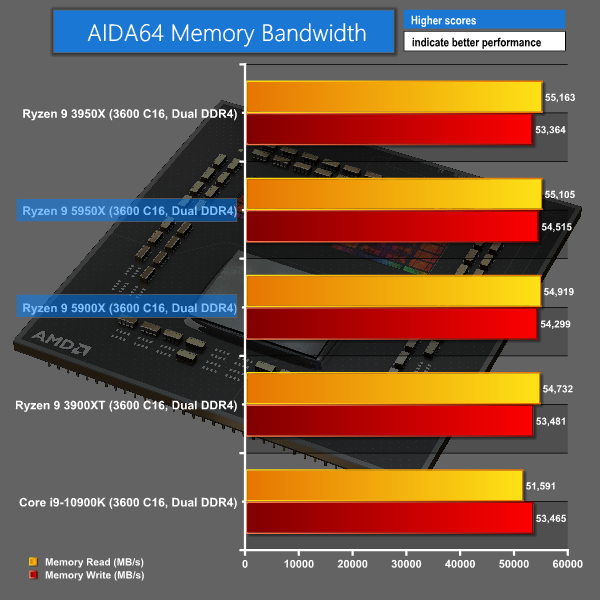 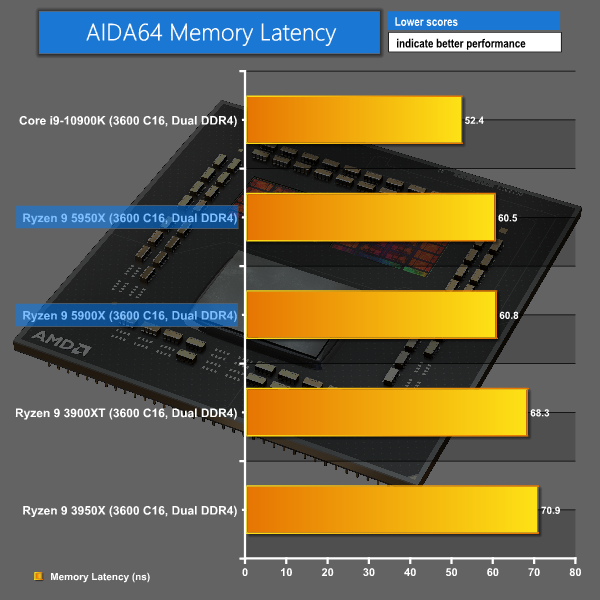 Memory bandwidth numbers for Zen 3 are basically the same as with Zen 2. That comes as no surprise given the use of the same IO die and DDR4 subsystem. DDR4-3600MHz is still the sweet spot according to AMD, but future BIOS revisions may allow for a 2000MHz Fabric Clock that increases the relevance of 4GHz memory modules on AM4.

Memory latency performance, however, looks to have improved for Zen 3 versus Zen 2. This is likely to be another latency benefit that helps gaming performance. Intel’s Comet Lake Core i9-10900K is still slicker when it comes to raw memory latency numbers, though.