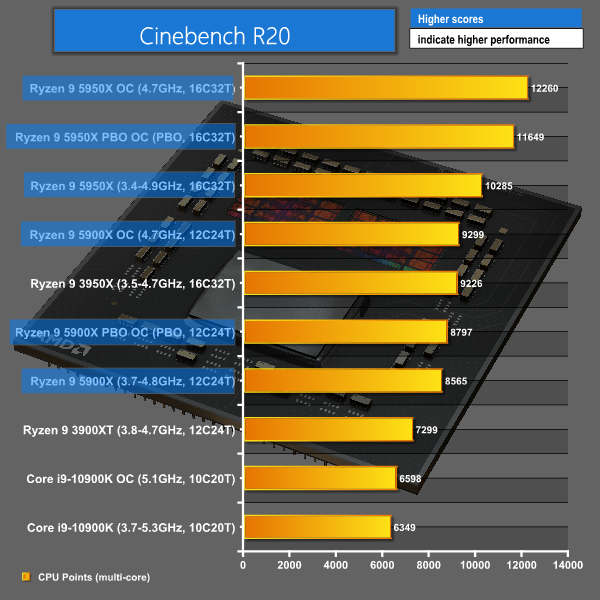 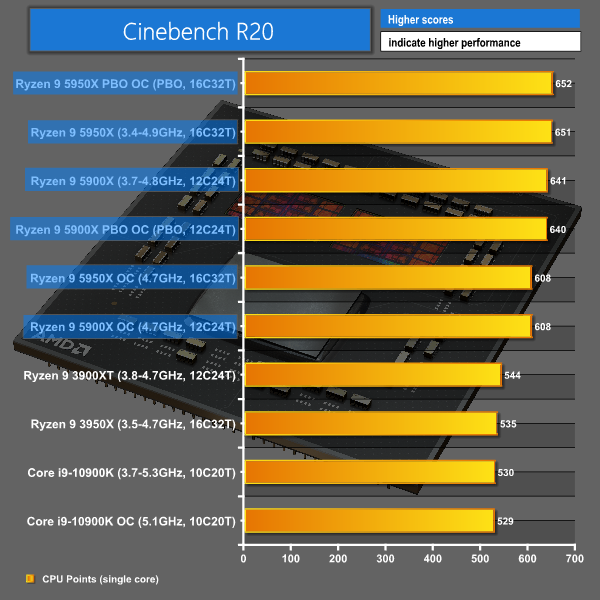 The 5950X is 11% faster than the 3950X it supersedes, and that performance gap widens drastically when the clock speed limiting shackles are removed. Overclocked to 4.7GHz all-core, AMD’s 16-core 5950X is not too far from double the performance of Intel’s mainstream flagship Core i9-10900K. Just let that point settle in for a second.

For 1T operating, nothing can come close to the Zen 3 architecture in this test, and when the improvements to boost clock frequency and residency are coupled in, Zen 3’s performance lead is colossal. This result bodes well for performance in lightly threaded tasks, including games, going forward.