Our objective with CPU overclocking is to hit frequencies that we think will be achievable for daily use by the platform’s buyers. As such, we test with sensible cooling hardware in the Thermaltake Floe Riing 360, which is a 3x120mm Asetek-based AIO liquid cooler. Our usual Corsair H110i GT is not compatible with the new TR4 socket. We also used sensible voltages that lead to manageable thermal results. 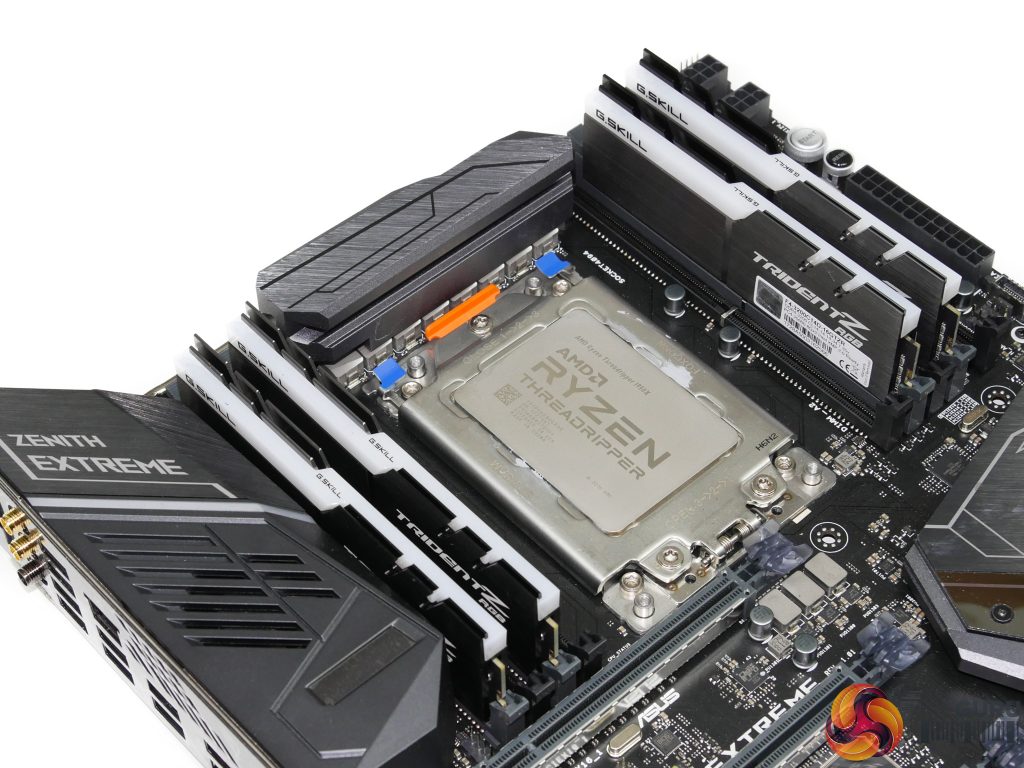 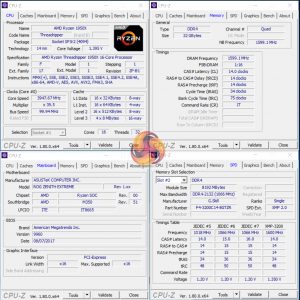 Overclocking with the Ryzen Threadripper 1950X is very similar to the procedure with other Ryzen chips. We were able to hit 3.9GHz very easily with minimal adjustment to the system – we simply applied 1.4V VCore in the UEFI and opted for the Level 1 LLC setting. We pushed a little further and managed to hit 4.0GHz with Cinebench and Handbrake stability but AIDA64 would not pass its stability test.

We finally settled on 3.95GHz across all 16 cores with a UEFI-set voltage of 1.3875V and Level 1 LLC (which resulted in 1.395V under load). These settings kept temperatures (just about) in check at below 85°C using the 360mm AIO cooler. Power draw from the wall would peak at more than 500W(!) during Cinebench’s CPU-only load!

In short, our final Ryzen Threadripper 1950X overclocking settings were: 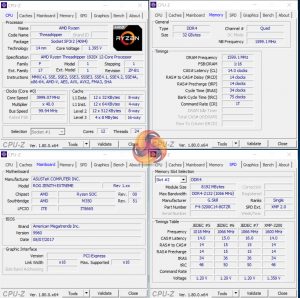 1920X overclocking was basically identical to the 1950X. We managed to maintain full stability at 4.0GHz with the 12-core chip, however. This was using the same 1.3875V core voltage in the UEFI (1.395V loaded in the OS). Despite the reduction in core count, temperatures were still as high as they were on the 1950X while running the AIDA64 stress test.

The 360mm AIO kept the chip just below the throttling point and power draw was reduced by roughly 100W compared to the 16-core.

In short, our final Ryzen Threadripper 1920X overclocking settings were:

Our overclocking results with the Ryzen Threadripper processors were generally positive. We managed roughly the same frequencies that we tend to see on Ryzen CPUs with lower core counts. All-core overclocks of 4.0GHz, or very close to it, were possible when feeding 1.4V to the chips. You may be able to hit a faster clock speed with a higher voltage but this will necessitate cooling better than a 360mm AIO (custom liquid cooling).

The 4.6GHz clock that is generally possible on Intel Core i9-7900X CPUs may prove tough competition for the 4GHz Threadripper 12 core. However, 4.0GHz across 16 or 12 cores is a solid result that should net decent performance gains.