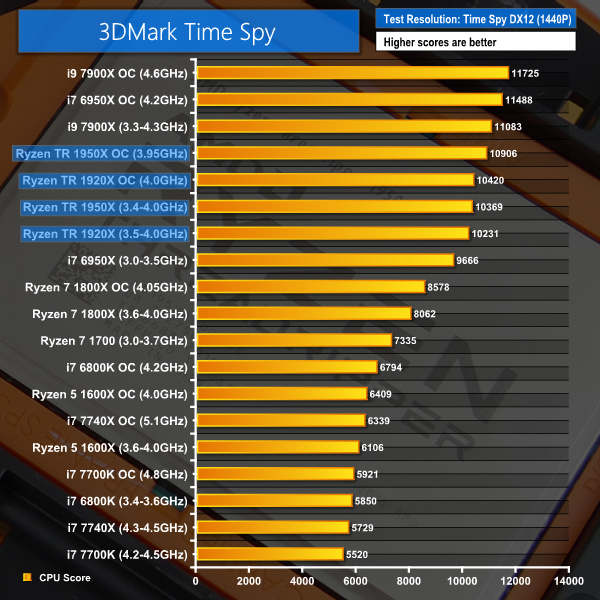 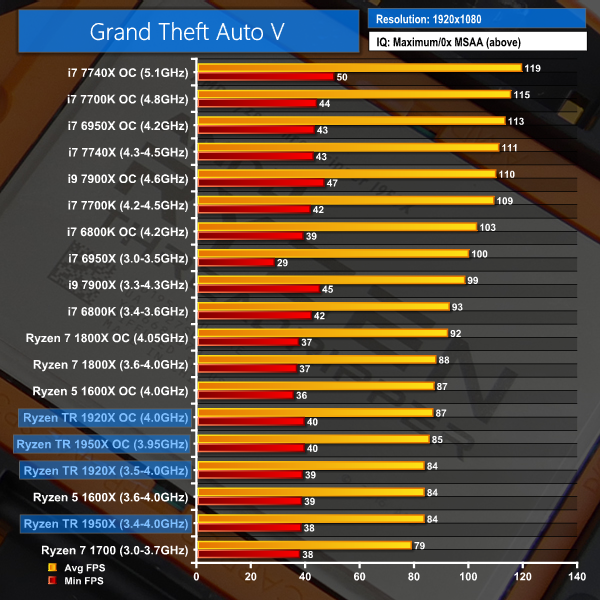 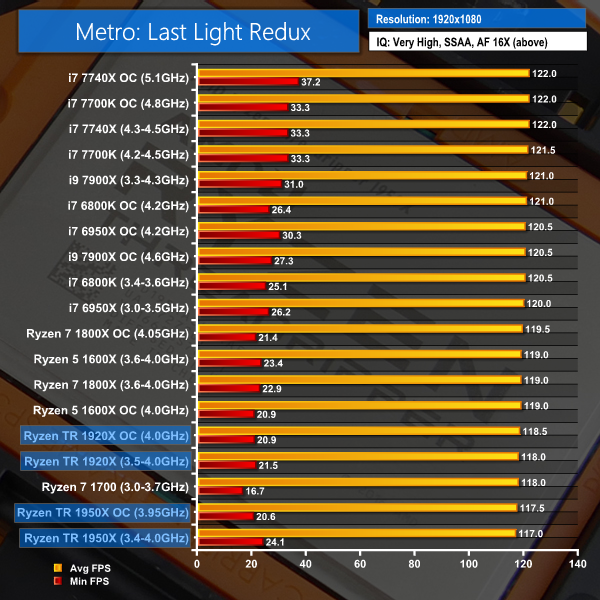 It is unsurprising by now that AMD loses to Intel when it comes to all-out gaming performance. The clock speed advantages on Intel’s chips, as well as years of game development tuned for Intel hardware, generally put AMD processors at a performance deficit when looking at the high-end options.

3DMark Time Spy is well multi-threaded and therefore displays positive results with Threadripper. However, Intel’s higher-clocked 10-core chips steal top spot away from the AMD offerings. Time Spy gives an indication that, even with the DX12 API, core count is less important than clock speed past a certain point.

Grand Theft Auto V is known to show preference for Intel hardware but the game’s immense popularity and ability to stress CPUs justifies its reoccurrence in our test suite. The Ryzen chips, Threadripper included, generally hit a wall at around 90 FPS average using the maximum quality settings at 1080P. By comparison, Intel’s chips including the i9-7900X can break through the 100 FPS average barrier.

If you are interested in high refresh rate gaming on your HEDT CPU, Intel’s i9-7900X will be the better option for GTA V. With that said, minimum FPS numbers from Ryzen Threadripper are positive (despite the variance posed by the GTA V benchmark).

Metro: Last Light Redux is proof that any of these CPUs is perfectly capable of running certain GPU-limited games at high refresh rates. Threadripper chips still gravitate towards the lowest performance points on the chart and Skylake-X is marginally faster. However, the differences in this title are minimal between all CPUs and are limited by GPU performance (which is a more likely scenario for modern games and higher resolutions).