We supplement the 1080p gaming results with a pair of games tested at 4K. We chose Ghost Recon Wildlands and GTA V as they are computationally-heavy, open-world games with good built-in benchmarks.

We run the built-in benchmark using a 4K resolution and the same settings as the 1080p test (Very High preset). 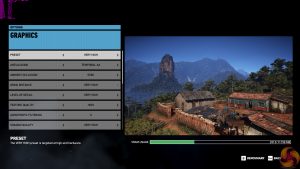 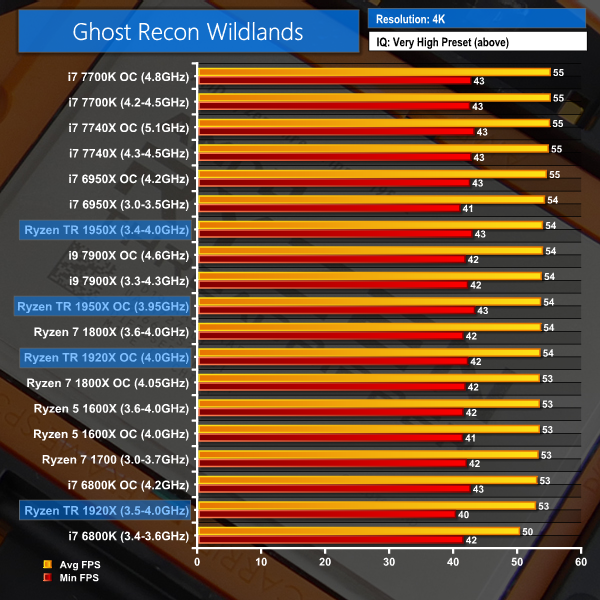 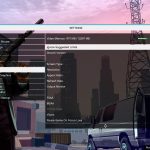 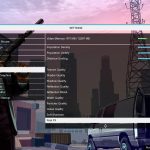 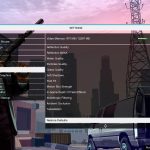 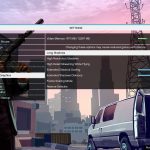 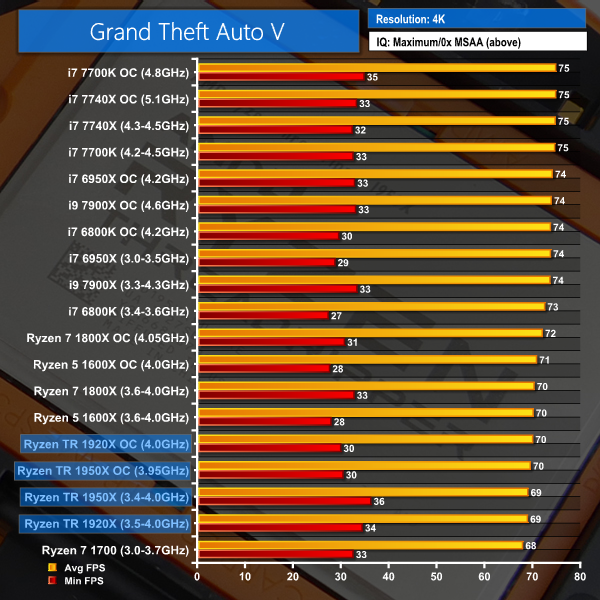 Intel’s Kaby Lake quad-cores, such as the i7-7700K, tend to be fractionally faster in Ghost Recon Wildlands but the realistic difference is negligible and more commonly due to numerical rounding.

GTA V still shows preference for Intel hardware even at 4K but the performance difference is minor at around 5 FPS on average (around 7%). Minimum FPS performance remains strong for Threadripper, despite the variance induced by GTA V’s benchmark. However, overclocking the 12- and 16-core chips repeatedly reduced the minimum FPS figures slightly. This may be due to the reduced all-core frequency compared to the stock-clocked XFR boost capabilities.

For 4K60 gamers, all of the CPUs on show are perfectly good options.