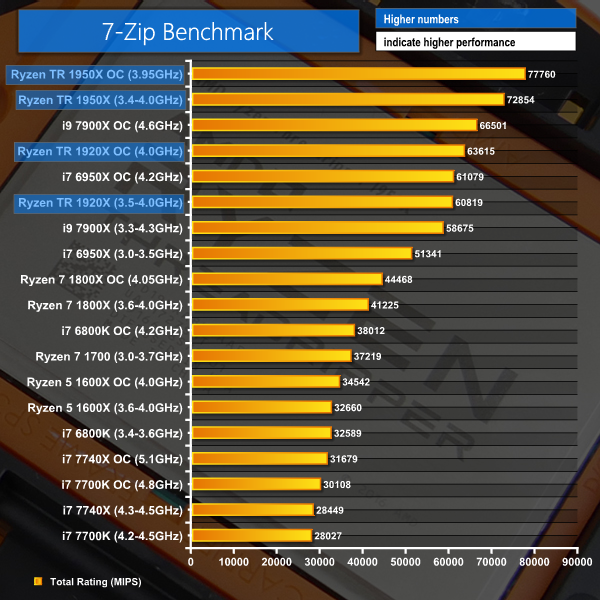 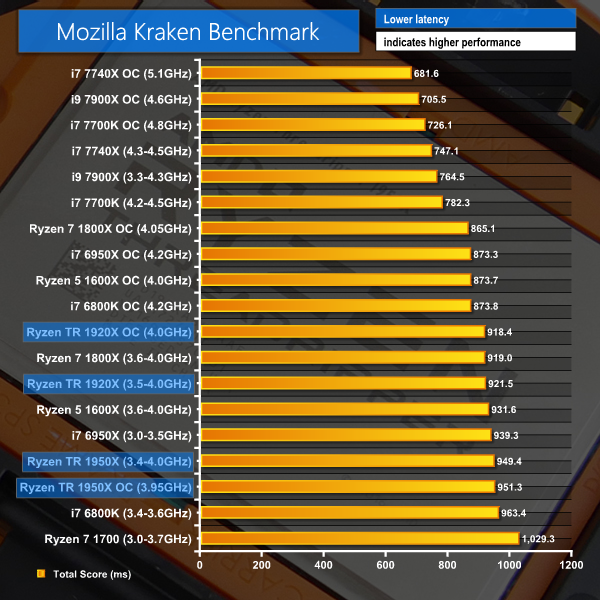 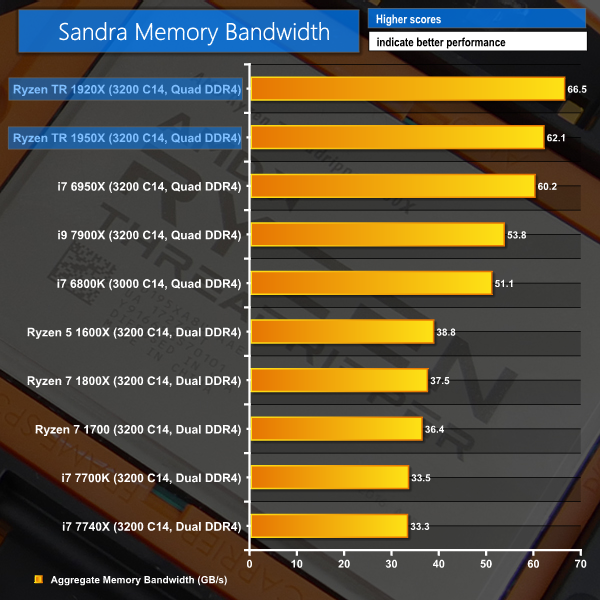 Mozilla Kraken benchmark likes clock speed so it comes as no surprise to see Intel chips grouping towards the top of the chart. The i9-7900X comfortably outperforms both Threadripper chips thanks to its architectural IPC and clock speed advantages at stock frequencies (with TBM 3.0) and when overclocked.

Memory Bandwidth for the quad-channel Ryzen Threadripper systems is over 60GBps and beats out all Intel competitors when using 3200MHz CL14 memory. In our testing, the 12-core 1920X netted 66.5GBps of memory bandwidth which was higher than the 16-core 1950X’s 62.1GBps. This is similar to the 6-core Ryzen 5 1600X outperforming the 8-core Ryzen 7 1800X, perhaps due to greater capacity for the Infinity Fabric to reach out to memory rather than inter-CCX communication for more cores.

One of Ryzen 7’s biggest weakness was its ability to offer high core counts but without the memory bandwidth to match. Threadripper solves that issue convincingly. It must, however, be pointed out that Intel’s competing X299 platform and Skylake-X chips are generally able to support quad-channel memory frequencies in excess of 4GHz. Such memory kits may change the memory bandwidth picture.

Despite greater memory bandwidth for AMD, Intel still has the memory latency advantage in our testing. AIDA64 gave the Ryzen Threadripper CPUs close to 90ns memory latency whereas the i9-7900X scored close to 70ns. Memory latency is an area that AMD’s Local Memory Access mode in Ryzen Master aims to address.