First up, AMD debuted a variety of thin and light laptops powered by Ryzen processors, including Acer’s Predator Helios 500, which looks like a gaming power house. The distinct absence of Vega graphics when ASUS showcased its X570ZD didn’t go unnoticed, with the atmosphere turning decidedly frosty. 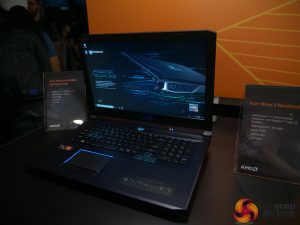 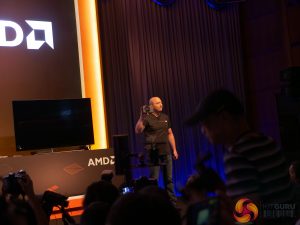 AMD delved into its 2nd generation Ryzen processors, shrinking the die from 14nm to 12nm. The showcase used Precision Boost 2 and XFR2 to increase clock speeds. The same applies to AMD’s 2nd Generation Ryzen Threadripper processors, which could perhaps be the firm’s biggest announcement this week. 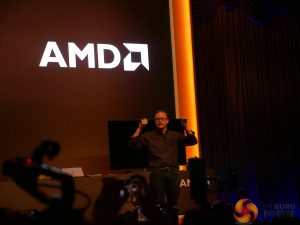 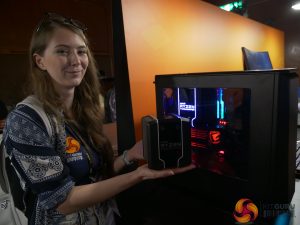 While Intel did have a moment to shine with its newly unveiled 28-core 5GHz CPU, many consider it upstaged by AMD’s upper-end Threadripper 2 processor sporting 32 cores/64 threads. This is balanced out with a, presumably, slightly more affordable 24-core/48-thread variant arriving in the third quarter along with its big brother.

The new Threadrippers are not EPYCs, although they share a significant amount of DNA and clearly have four CPU dies, rather than two. TDP will increase to 250W, however AMD announced the CPU can be cooled by a variety of hardware, including the new Cooler Master AMD Ryzen Wraith Ripper air cooler. be quiet! also has a new cooler for Threadripper that is rated for 250W.

AMD is still keeping mum about it all for the time being, leaving us in the dark as to what the clock speed of either of the two 2nd generation Threadripper processors might be. 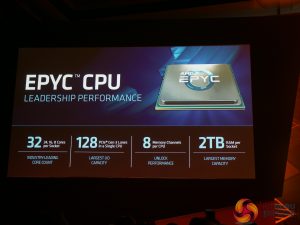 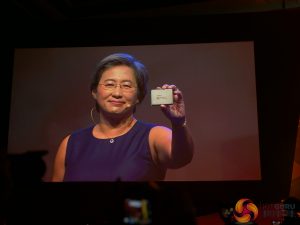 Although made in somewhat a passing mention, AMD made it known that its 7nm Zen 2 silicon had made it to the labs. Due back sometime this month, the firm will begin sampling in the latter half of the year before moving its EPYC line over to the shrunken die and launching the new server-based processors in 2019.

Closing out its presentation, AMD revealed the progress of its new Navi 7nm graphics chip in the form of Radeon Instinct, which is of little interest to gamers. Su did confirm that gamers will eventually be receiving Navi graphics within commercial GPUs, but a window of release was not discussed. 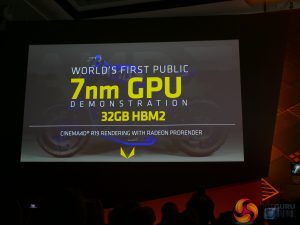 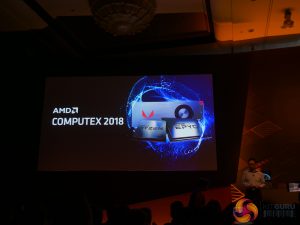 Those focused on machine learning, however, can look forward to a staggering 32GB high-bandwidth memory (HBM2) VRAM that boosts performance by approximate 1.35 times and doubles power efficiency.

KitGuru Says: There’s a lot of big numbers thrown about during the announcements, but it’s worth remembering that a lot of details are still missing and need to be tested in a real-world setting. Still, it’s hard not to get hyped for some promising things being flung from AMD.