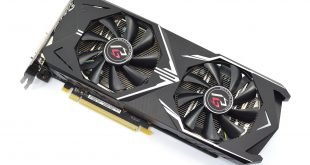 It has felt like an age since KitGuru last reviewed a graphics card. While we don't yet have a new GPU architecture to look at, we do have a new manufacturer in the graphics card market – ASRock. The company built its name making motherboards, and has now turned its hand to graphics cards. Is the Phantom Gaming X a good start for the Taiwanese manufacturer, or is it too little too late? 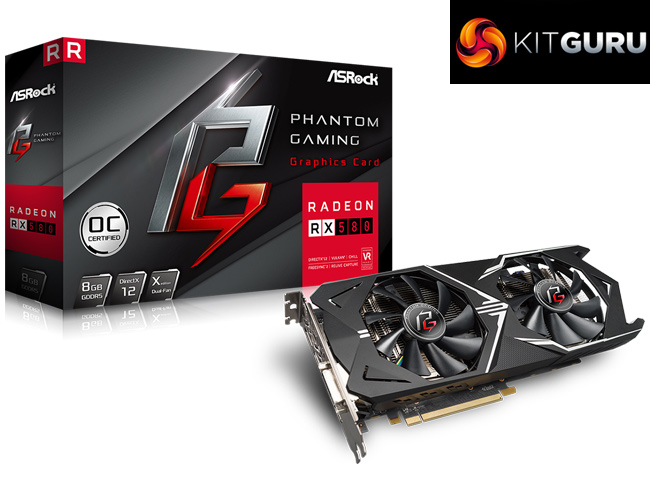 For its first foray in the graphics card market, ASRock is playing it relatively safe with the Phantom Gaming X RX 580. This is made clear in two main ways. For one, the card is going to be relatively cheap for a RX 580. We have been told to expect pricing at 329 Euros, which puts it at around £290 here in the UK. While we do not yet have a confirmed UK retailer listing, this would make it one of the cheapest RX 580 cards currently available.

Secondly, the card lacks a number of features we would expect from a high-end model. For instance, there is no backplate, RGB lighting, dual-BIOS, additional fan headers, or other supplementary features we have seen on other cards. This is very much a ‘back to basics' graphics card, in the sense that you just plug it in and you can be be off playing games with nothing else to think about. 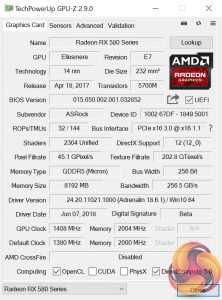 Out of the box, this ASRock RX 580 runs at a stock speed of 1380MHz, which is 40MHz faster than reference RX 580 speeds. Our GPU screenshot shows the clock speed to be 1408MHz, however, as that is with the ‘OC Mode' enabled using ASRock's Phantom Gaming Tweak software.