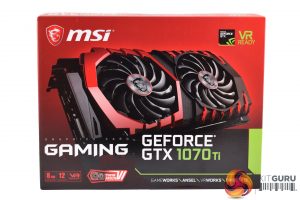 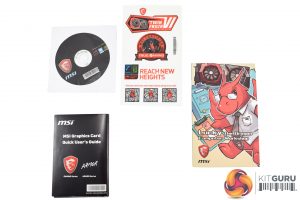 The MSI GTX 1070 Ti Gaming 8G ships in a red box, with a large photo of the graphics card itself splashed right across the front.

Inside, there is the usual bundle of accessories – a driver disc, quick start guide, a few stickers and an ‘interesting’ Lucky the Dragon cartoon. 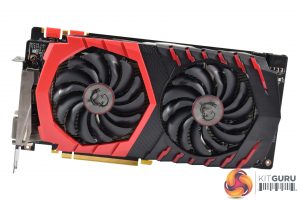 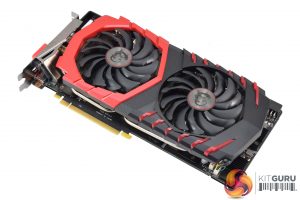 Getting our first look at the graphics card itself, it is clear that MSI is sticking to its guns by refusing to change its colour scheme on the Gaming series of cards – they have been black and red as long as I remember, and despite criticism that this rigid colour scheme doesn’t work in all systems, MSI has kept the same look as the GTX 1080 Gaming X we saw over a year ago.

This means the two 100mm Torx 2.0 fans are retained, however, and they should hopefully provide good cooling – something we look at later in the review. 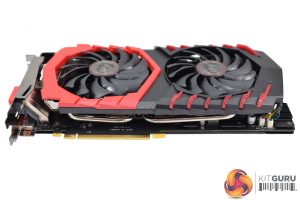 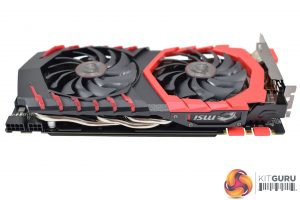 Getting a look at either side, you may notice that the Gaming 8G card is a dual-slot design. This is noteworthy as many manufacturers, including ASUS, Gigabyte and MSI itself, now seem to be making 2.5-slot cards the new norm. However, the Gaming 8G bucks that trend and sticks with a dual-slot height. 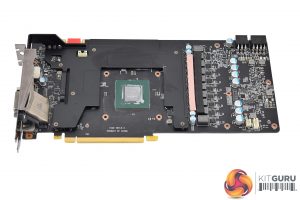 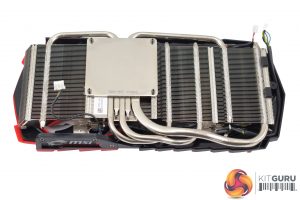 Taking the heatsink off reveals the Gaming 8G’s PCB and cooler design. The heatsink itself is pretty conventional in that it uses a nickel-plated contact area which transfers heat to 5 nickel-plated heatpipes. At least 2 of these are of the 8mm variety, something which should aid heat dissipation.

The PCB itself does not seem too wild, however it is good to see MSI decided to add a contact plate over the VRAM and VRMs to provide greater surface area for those chips to transfer their heat. 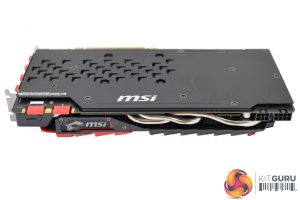 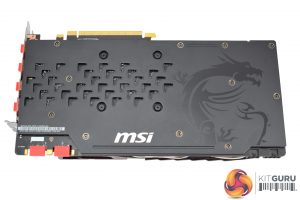 Now, turning the card back over, we get a look at the metal backplate. This should provide structural rigidity and also help dissipate some heat from behind the GPU core. It also looks pretty swish, too. 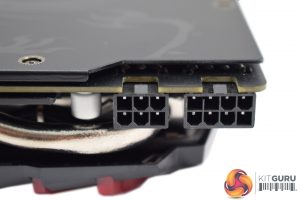 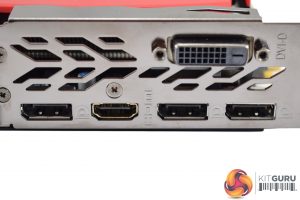 Unlike reference GTX 1070 Ti cards, MSI has added a secondary 6-pin PCIe power connector, so the card requires 1x 8-pin and 1x 6-pin connectors. The TDP is listed at 180W.