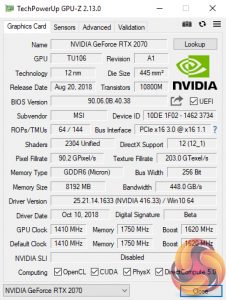 As mentioned, the Armor 8G operates with a 1620MHz boost clock – meaning it runs at reference speeds.

While the ASUS ROG Strix GPU cooler is usually praised, it would seem that the …