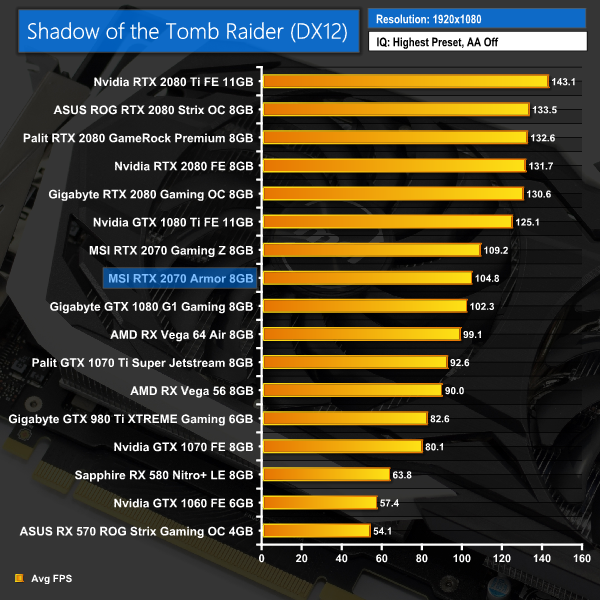 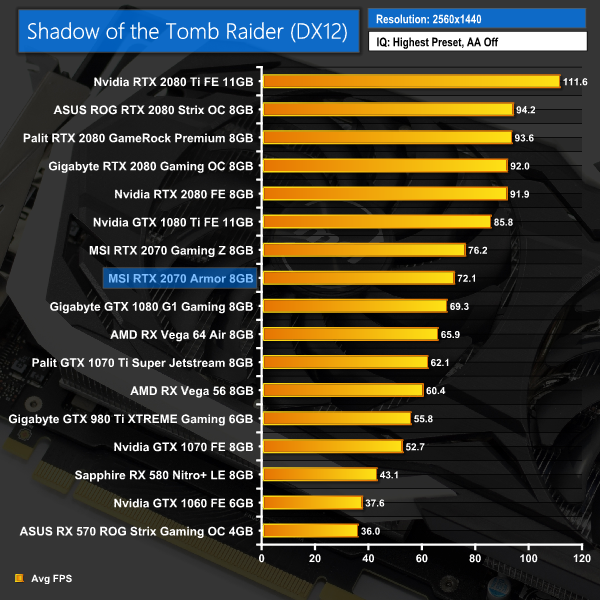 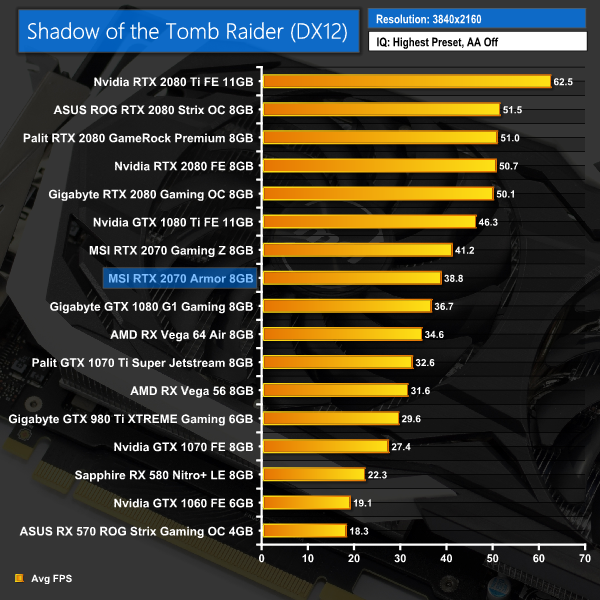 Our last game today, Shadow of the Tomb Raider confirms this Armor 8G RTX 2070 as the faster card when compared to the GTX 1080. It edges ahead at all three resolutions tested.