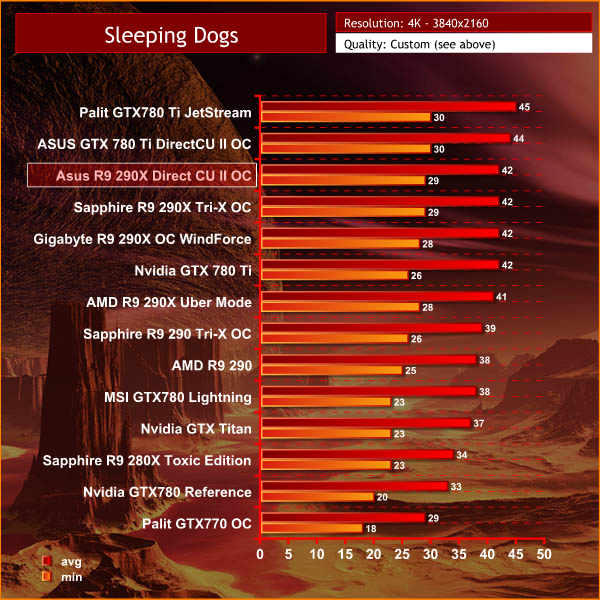 By reducing some of the image quality settings, we are still able to get smooth performance from the R9 290 hardware at Ultra HD 4K resolutions.