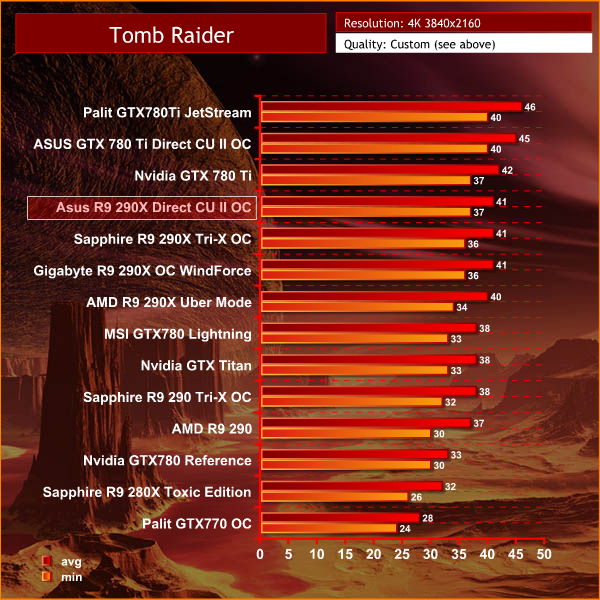 Excellent performance, maintaining a 30> frame rate at all times.