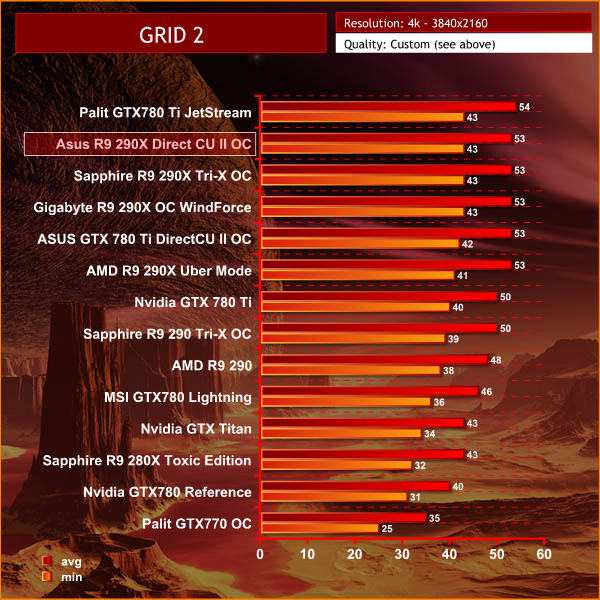 GRID 2 runs well on AMD hardware, although the Palit GTX780 Ti Jetstream is still the fastest solution at Ultra HD 4K. That said, it is a close run battle.