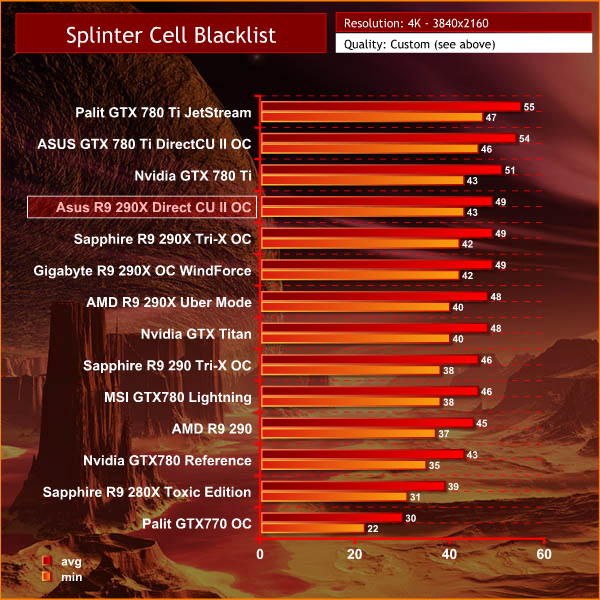 The performance differences between R9 290x and GTX780 Ti are minor although there is no doubt the Nvidia cards are faster.