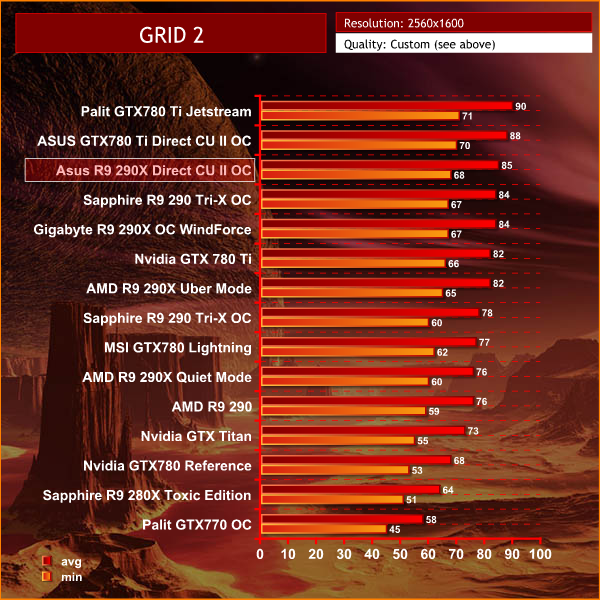 The overclocked GTX780 Ti’s take top spot in this benchmark, just ahead of the fastest R9 290x’s.