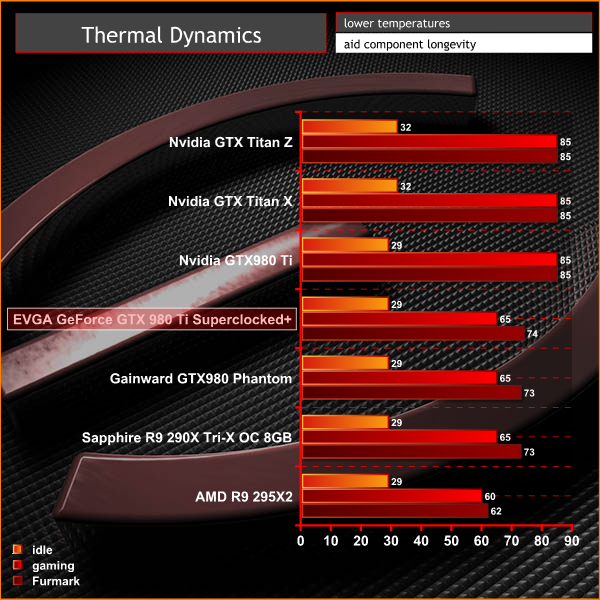 Idle temperatures are improved over the reference card by 11c, under load. 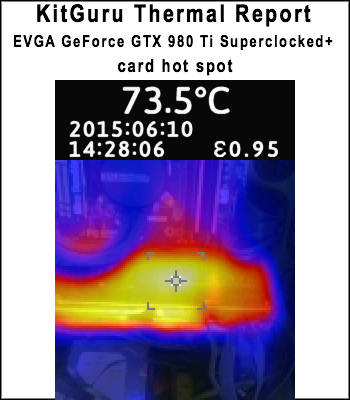 EVGA have added a backplate to this card and temperatures on the rear of the PCB are much more evenly distributed than the reference board. The hottest part is the reverse side of the GPU core area. We managed to increase temperatures to 73.5c in this area after 30 minutes of Furmark. This is strictly a worst case scenario. This is around 10c lower than the Nvidia reference card and will help improve the life span of the hardware.