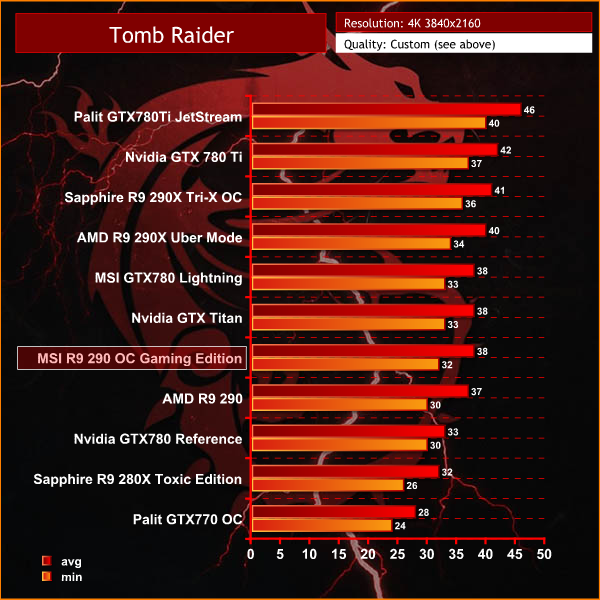 By lowering the image quality settings from ULTIMATE to ULTRA we can maintain smooth frame rates, holding above 32 at all times.