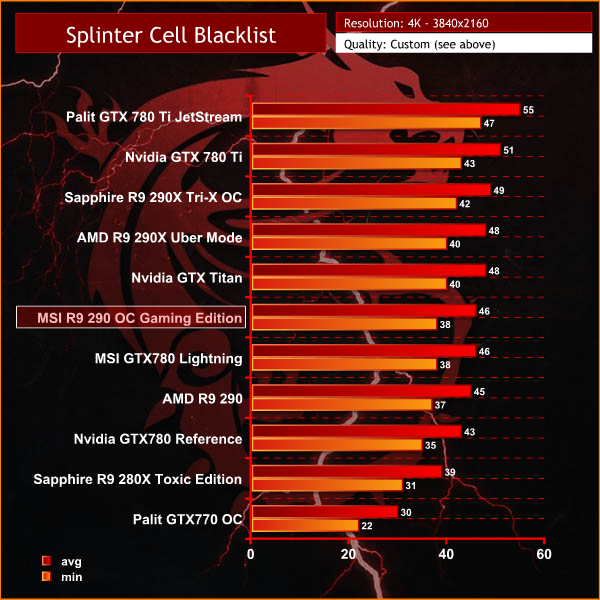 This is a great looking game when running at Ultra HD 4K and the MSI R9 290 OC Gaming Edition has no problems delivering a smooth game experience, averaging 46 frames per second.