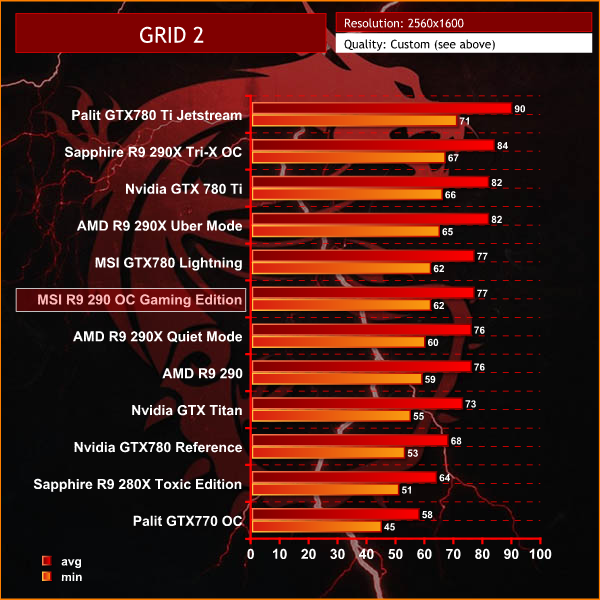 GRID 2 doesn’t prove a problem for any of the hardware on test today, and the MSI R9 290 OC Gaming Edition averages 77 frames per second at these high image quality settings.