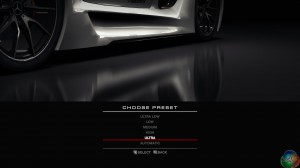 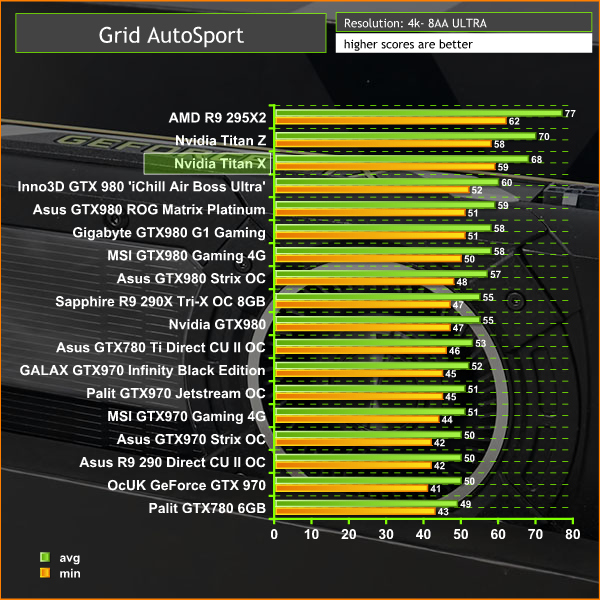 The Titan X can handle Grid Autosport at 4k resolutions, even with the image quality settings cranked, and 8 x Anti Aliasing enabled. It can hold a steady 60 frames per second, which is good to see.