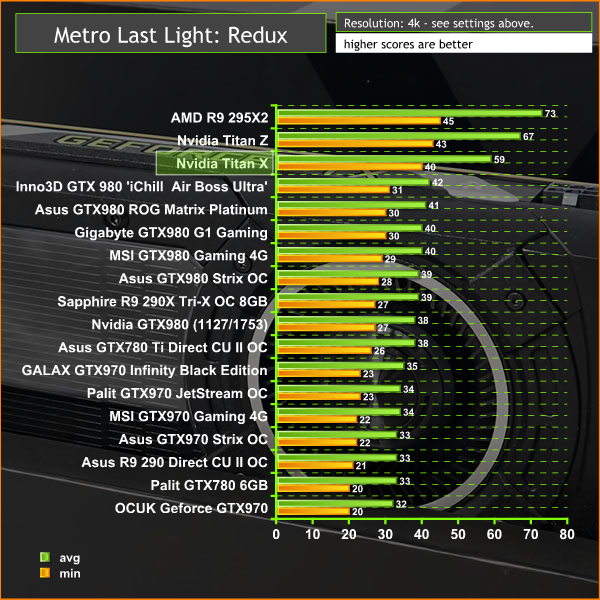 Ultra HD 4K separates the men from the boys – Most of the cards in the graph fall into what we would consider the ‘unplayable zone’. The Titan X manages to maintain good frame rates however, dropping a few times to around 40 frames per second.