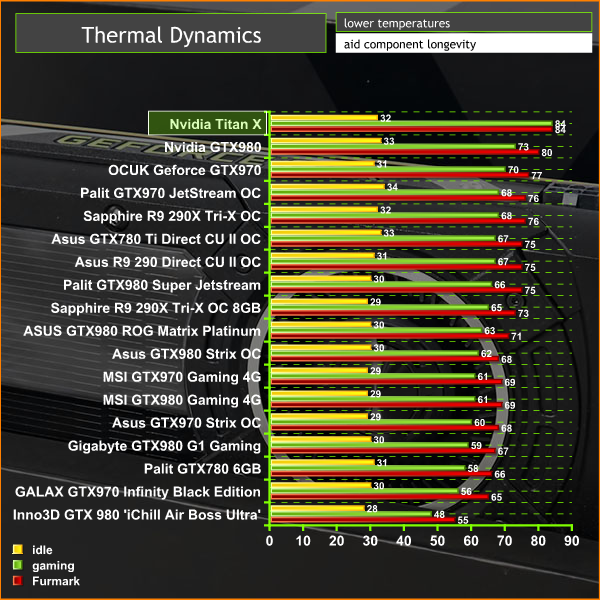 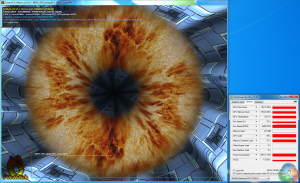 Idle temperatures are great. Under load the card hits 84c after a short while. The GPU is using Nvidia’s GPU Boost 2.0 which dynamically adjusts clock speed and voltage settings, factoring in temperatures.

Details on each test are shown below. 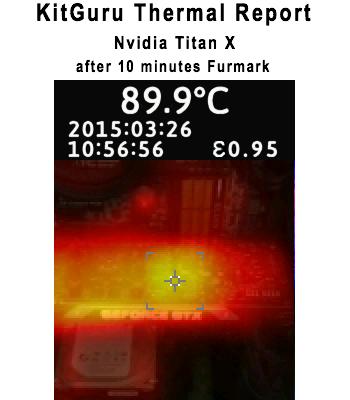 Above, a traditional heatmap analysis. Without a backplate on the PCB the card does get quite hot to the touch. A large portion of the PCB heats up to around 80c, with ‘hotspots’ hitting almost 90c. 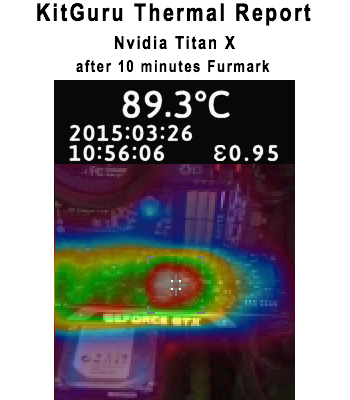 The above heatmap is using an alternative high contrast overlay to better show the hotspots. You can see several positions clearly – peaking around 90c.