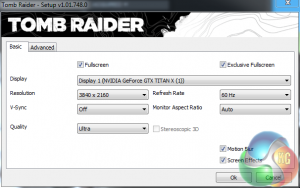 We test at Ultra HD 4k resolution with the ‘Ultra’ image profile enabled. 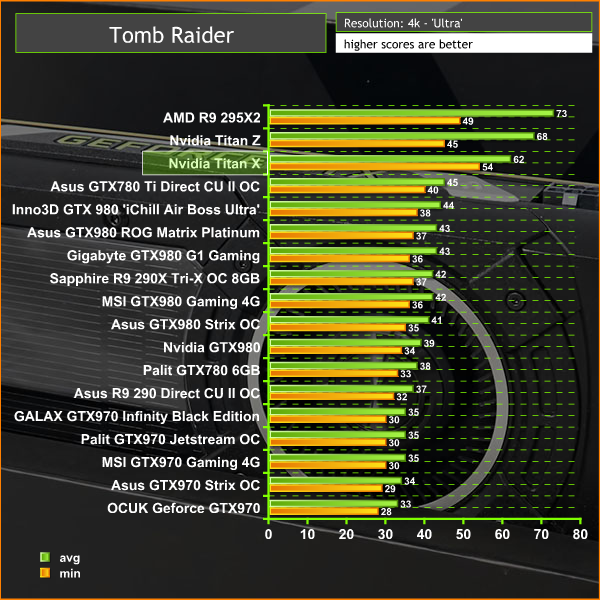 Dropping the image quality a little means that the Titan X can hold a frame rate above 50 at all times, even at Ultra HD 4K.