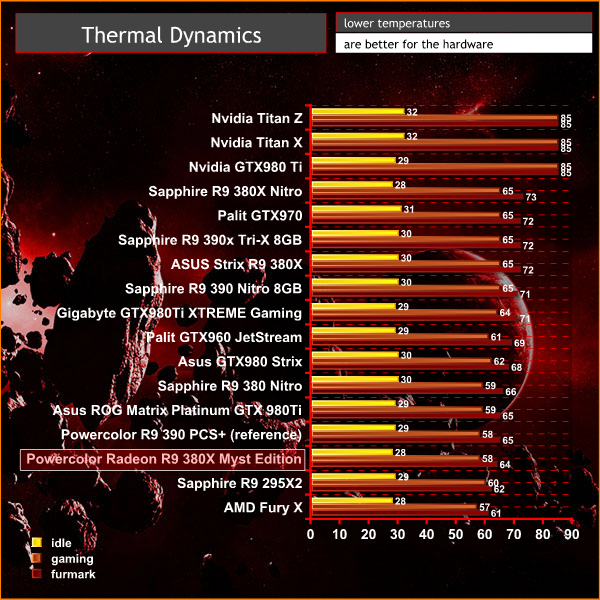 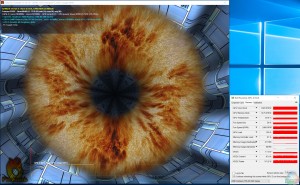 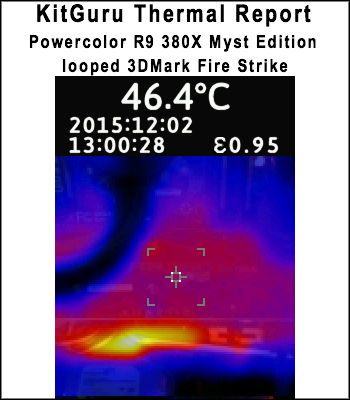 The backplate on the Powercolor card works exceptionally well, holding load temperatures well below 50c as shown above. 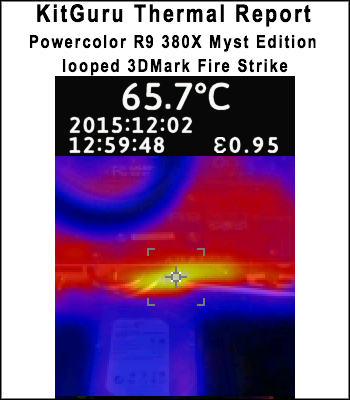 The biggest hotspot on the card is on the heatpipe which is exposed along the top of the GPU. These heatpipes hit around 66c under extended load – which is still a very good result indeed.