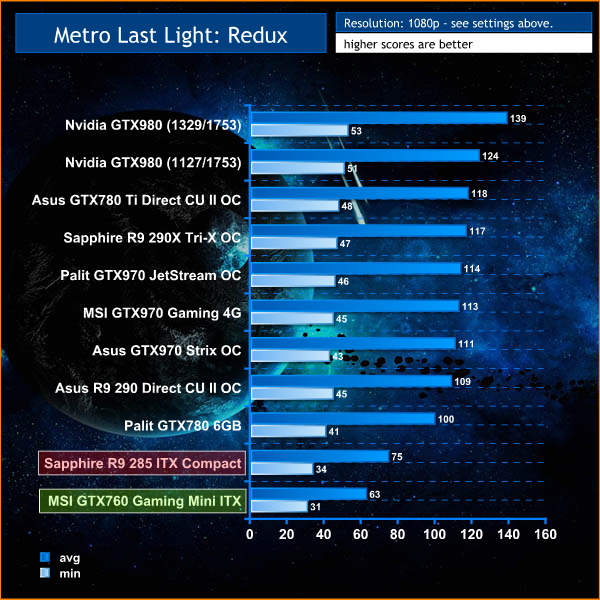 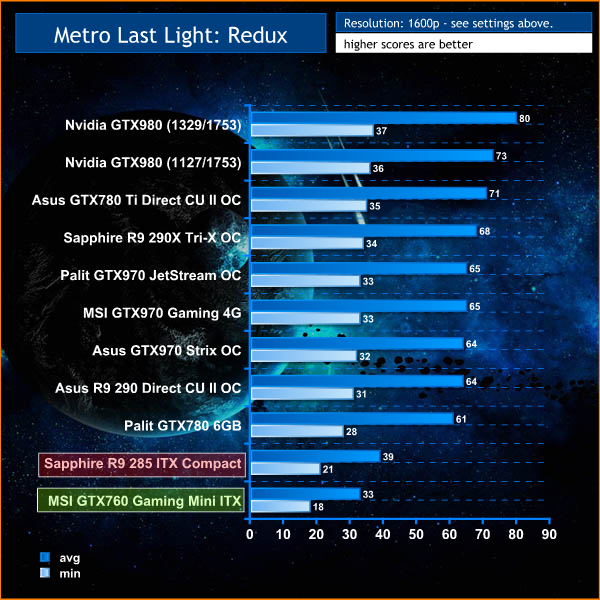 1080p performance is good. Unless you are happy lowering image quality, both GTX760 and R9 285 will not be able to hold smooth 25+ frame rates powering this engine at 1600p. No point trying 4k testing.