At this point, DDR4 RAM has been around for a while, bringing along huge increases in frequency and capacity. Just yesterday, we heard about G.Skill's new 64GB and 128GB DDR4 kits but the industry is already gearing up for the next phase. Today, SK Hynix has announced its first 16-gigabit DDR5 RAM module.

DDR5 memory has been in the works for a while now. Towards the end of last year, RAMBUS began discussing early specifications for DDR5, meanwhile JEDEC has previously said that the move to DDR5 will density and bandwidth. In July, Samsung announced its first 8-gigabit LPDDR5 memory chip. Now this week, SK Hynix is unveiling its own push towards DDR5, with the industry's first DDR5 DRAM module to meet JEDEC standards. 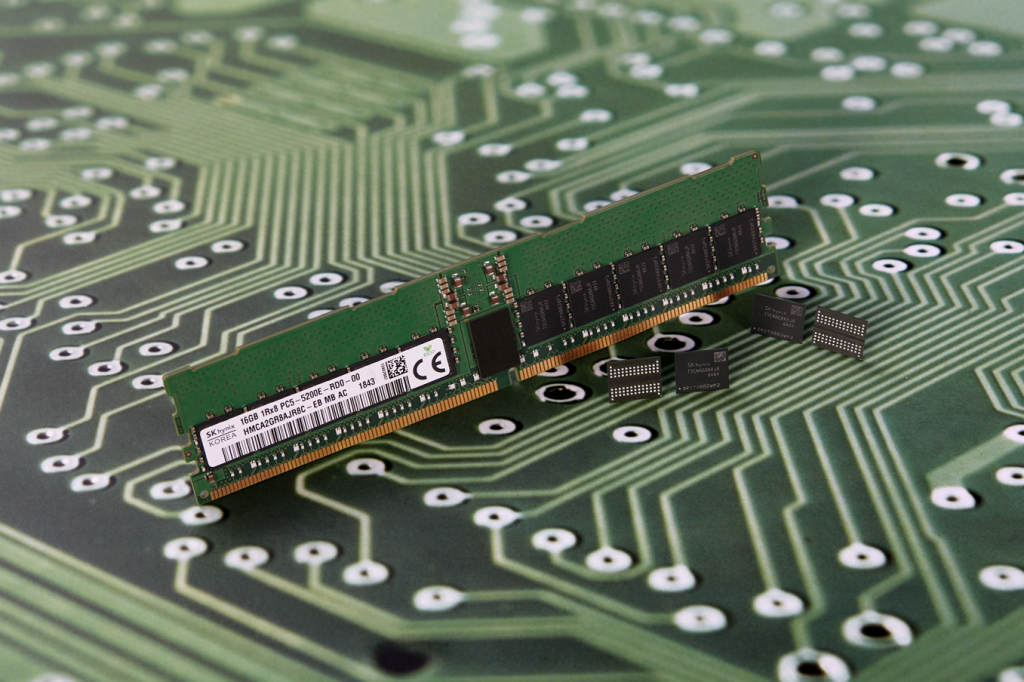 SK Hynix's first DDR5 DRAM is created using the same 1Ynm process technology used for 8-gigabit DDR4 DRAM. However, the jump to DDR5 has improved speeds and density all while reducing power consumption compared to DDR4. The operating voltage for 16-gigabit DDR5 DRAM has been lowered to 1.1V, a 30% decrease compared to DDR4.

According to SK Hynix, this new DDR5 DRAM supports a data transfer rate of 5200Mbps, which is 60 percent faster than the 3200Mbps capable on the previous generation. In all, this 16Gb (gigabit) DRAM can process 41.6GB (Gigabytes) of data per second.

Currently, SK Hynix plans to begin mass producing DDR5 memory in 2020. By 2021, market researchers at IDC expect DDR5 to account for 25 percent of the DRAM market, with growth to 44 percent by 2022.

KitGuru Says: From the sounds of it, we still have a few years of life left in DDR4, but the next-generation is coming and manufacturers are making swift progress.