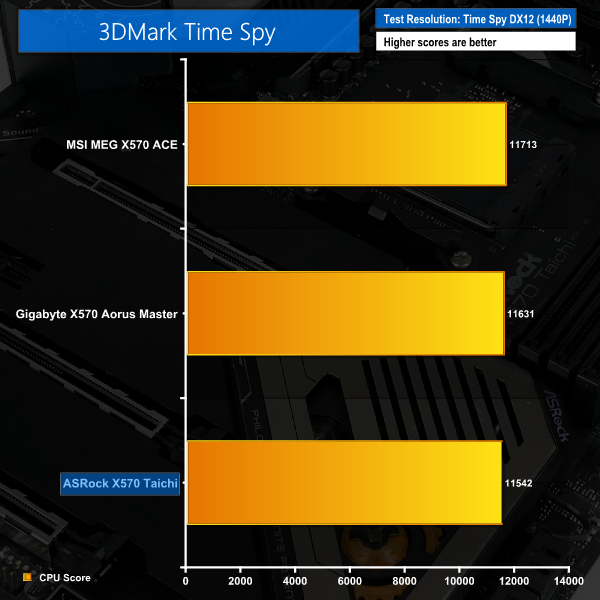 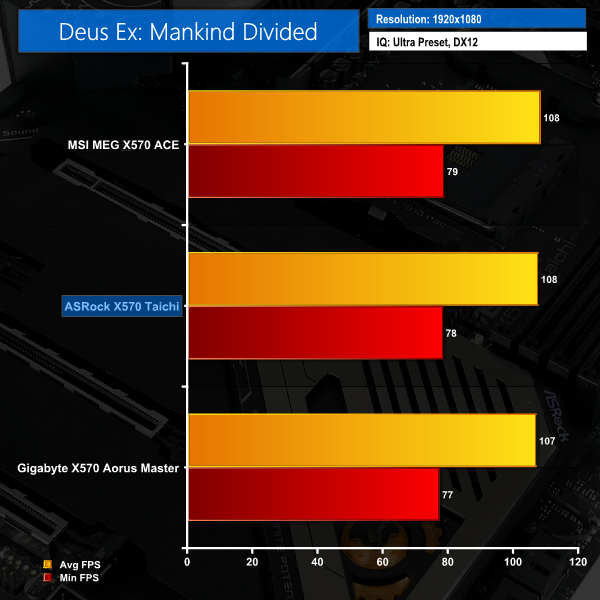 We run the built-in benchmark using the DirectX 12 mode, anti-aliasing disabled, and the Highest quality preset. 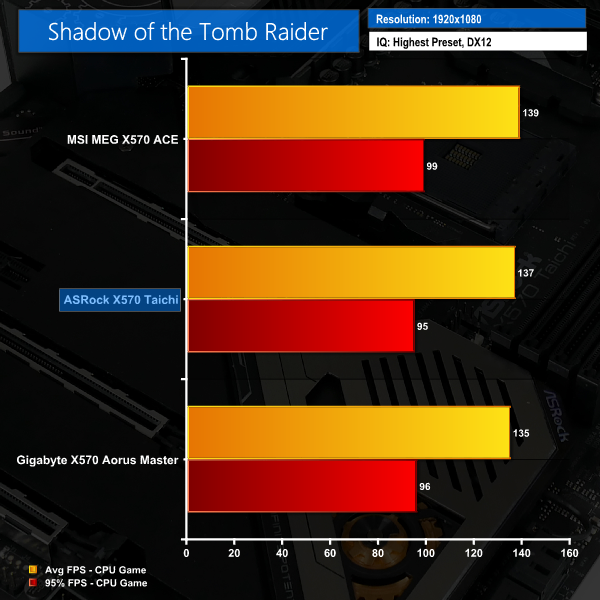 Surprisingly, given its higher boost clock frequencies through more aggressive CPU voltage, the X570 Taichi was a little slower than the rest in 3DMark Time Spy. The defeat is very narrow, however.

Clearly the 3DMark hiccup does not transfer into real world gaming performance, with ASRock’s X570 solution sitting close to the performance from MSI’s alternative in Deus Ex.

Shadow of the Tomb Raider shows another solid gaming result for the X570 Taichi with its average performance sitting between Gigabyte and MSI. With that said, frame consistency wasn’t quite as good as the two competitors, with the 95% FPS number from ASRock’s board scoring a little lower throughout our testing. The difference is minuscule, however.