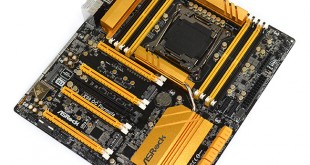 In case you missed our recent review of the Core i7 5960X, Intel’s first consumer eight-core CPU is an all-round powerhouse with strong overclocking potential to boot. So what better way to analyse ASRock’s X99 OC Formula motherboard than by pushing our 5960X as far as we can take it?

ASRock’s Z87 OC Formula was one of the best LGA1150 motherboards that we ever tested, but can the LGA2011-3 X99 OC Formula live up to the success of its sibling? 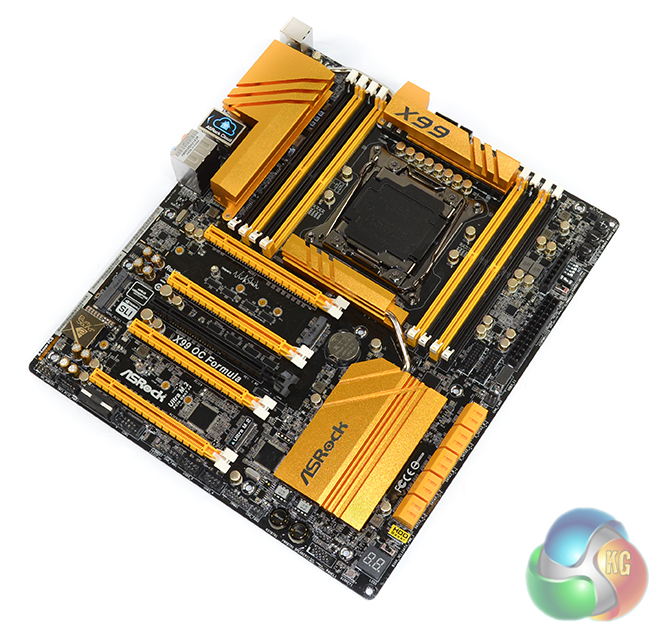 With a twelve phase CPU power delivery system capable of delivering up to 1300W, it is clear that ASRock designs the X99 OC Formula from the ground up with extreme overclockers in mind. But that overclocking capability doesn’t stop at the CPU; four power delivery phases are allocated to the eight DIMM slots which leads ASRock to suggest 3400MHz+ memory speeds as a possibility.

But perhaps as much relevance to buyers is that fact that one of the world’s top professional overclockers – Nick Shih – had a large part to play in the board’s design. From tweaking the UEFI settings and parameters to providing fine-tuned overclocking profiles – having a board that is built by overclockers, for overclockers, is important to many end-users.

Overclocking goes hand-in-hand with benchmarking, so it’s no surprise to see ASRock deploying 4-way SLI and CrossFire support. There are also two fast storage links – a 20Gbps M.2 slot and ASRock’s 32Gbps Ultra M.2 connector. And then there’s the unique Conformal Coating that provides a moisture-protection layer atop the motherboard’s PCB and electronic controllers.

Let’s take a more in-depth look at the X99 OC Formula’s hardware and see how it performs in our benchmark suite and overclocking tests.