Asus has a number of methods for overclocking the system with little user input. These methods range from dedicated clock speed presets to tuning based on your usage patterns or hardware’s ability. We will take brief look at the automated overclocking options that Maximus VIII Impact buyers are most likely to opt for. 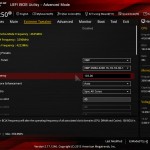 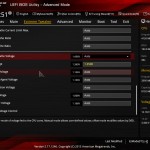 The UEFI-based EZ Tuning wizard asks a number of questions relating to your system usage and its cooling performance. Based on these responses, an appropriate boost to the CPU and memory clock speeds is applied.

We selected the usage option as gaming and the cooling option as watercooling (as this releases Asus’ highest performance tuning, and our Noctua NH-D14 is a capable unit). The system applied a 435MHz boost in CPU frequency by way of a multiplier bump to 45x and a 103MHz BCLK.

The increased BCLK also meant that the CPU Cache frequency was raised, as was the memory speed. That last point was important because the 96MHz boost on our Corsair Vengeance LPX 3200MHz sticks resulted in system instability. Disabling XMP and then re-tuning the system was a necessitated solution.

Asus’ applied settings seemed fine until a load was put through the system. Rather than apply a manual voltage for the CPU, Asus left the board to automatically apply a voltage. This resulted in 1.472V being delivered under load, which is about 70mV higher than I would be happy putting through a 6700K on a daily basis.

1.472V under load is really pushing the upper limit of what even enthusiast overclockers with high-end, custom-loop watercooling configurations will put through their Skylake chips. A lower clock speed and more sensible voltage level should be applied, especially when considering that the audience for automated overclocking tools may not know the risks of running a Skylake chip at 1.472V for extended periods of time. 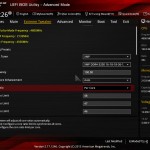 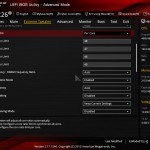 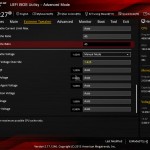 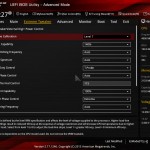 The Gamers‘ overclocking preset applied a dynamic overclock on the CPU that ranged from 4.8GHz for a single-core workload to 4.5GHz when all four cores were loaded. The CPU Cache was also overclocked to 4.5GHz, however the memory’s XMP profile was disabled and set to operate at the default 2133MHz frequency – a significant downgrade.

Additional power settings were tweaked, including setting the LLC to Level 7 and increasing the CPU’s current capability by 40%.

While the overclock was perfectly stable and the per-core frequencies worked well, the CPU voltage for a four-core load was once again on the high side. 1.456V being delivered for a 4.5GHz CPU frequency is over-the-top for a 6700K CPU.

Many chips will reach 4.5GHz with a significantly lower core voltage. Equally so, many users will not be happy to see over 1.45V being pushed through their 14nm processor that may be tasked with many years of duty.

Back to the drawing board on this one, Asus. 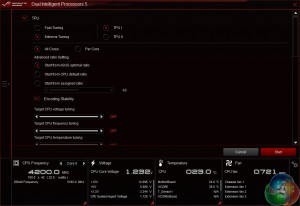 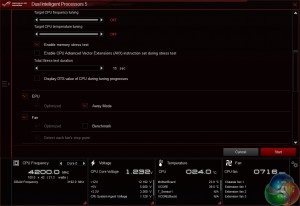 The OS-based 5-Way Optimisation tool found in Asus’ AI Suite software allows a number of parameters to be set before overclocking tuning begins. Asus gives users plenty of flexibility for the system to be tuned to a clock speed that is deemed stable for their usage scenarios.

The Encoding Stability check-box is particularly useful as encoding tools such as Handbrake can highlight CPU instability where conventional stress tests do not pick it up.

Although it is not highlighted on the software page, a quick look in the UEFI indicates that TPU I is designed for air cooling users, while TPU II is for those with liquid cooling. 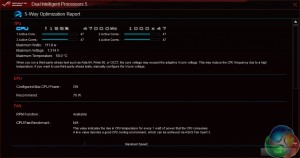 5-Way Optimisation works by rebooting the system and then automatically stress testing a frequency level. If the chosen CPU speed passes the brief stress test, an increase in the core ratio is applied and the process is repeated. At the point of instability (as shown by a BSOD), the system will crash and then re-launch with the last known stable speed before moving on to fan speed tuning.

The watercooling tuning option using TPU II seems to put a little more emphasis on exact fine-tuning of the system. This time, a stable CPU multiplier is discovered and the automated system proceeds to increase the BCLK small increments at a time. With our test chip, this proved a somewhat worthless procedure and did not deliver evidently greater results.

The automated tuning process works superbly and truly is a click-and-forget processor overclock. A number of the key recordings, such as the maximum CPU temperature and voltage, are displayed however their readings differ greatly from those seen in manual stress tests or even encoding workloads.

Asus’ software also displays the highest CPU multiplier that was tested and the highest one to be found stable. This could prove useful as a reference point for those trying to push their PC to the limit. 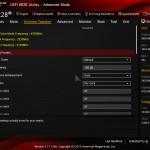 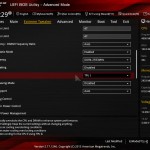 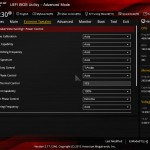 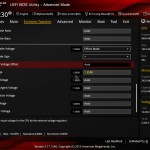 With the automated tuning complete, one can enter the UEFI and manually save the entire profile. With our test system, Asus applied a 4.7GHz CPU speed and maintained the CPU Cache frequency at its 4.1GHz stock level. Disappointingly, however, the memory speed was dropped to 2933MHz from our sticks’ 3200MHz XMP setting. Memory timings were not adjusted, nor were the LLC and CPU current settings.

An offset CPU voltage was chosen, with the motherboard’s automatic setting being selected as the base point. 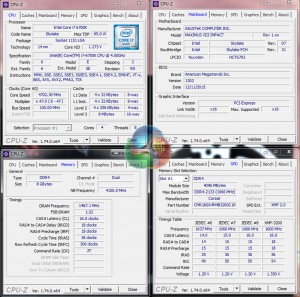 Under full Prime95 load, the chip was supplied with 1.376V for its 4.7GHz frequency. This is a surprisingly well-tuned overclock that required zero user input and resulted in stability and decent CPU temperatures.

We also noticed that the fan speed of our CPU cooler had been reduced by the tuning procedure and idle CPU voltage was lower, resulting in around 10W less power being drawn from the wall.

To test the Asus Maximus VIII Impact motherboard’s CPU overclocking potential, we first increased the CPU VCore to 1.40V and the PCH voltage to 1.10V. We selected Level 5 load-line calibration after trial and error showed that it delivered an acceptable load voltage level that remained below our target VCore. Power saving settings were disabled and the CPU Cache ratio was set to 45x. 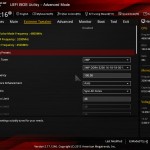 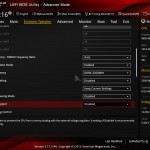 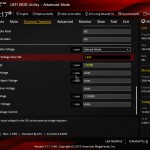 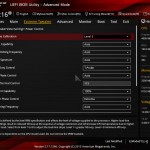 Manually overclocking the system is generally easy thanks to Asus’ superb UEFI layout. The reason I use the word ‘generally‘ is because the Load-Line Calibration settings do not make much sense, especially when compared to their actual operation.

I prefer the approach deployed by ASRock, and now MSI, whereby a visual graph positioned adjacent to the LLC setting displays how the CPU voltage will react for each configuration. That visual approach is generally easier to interpret. 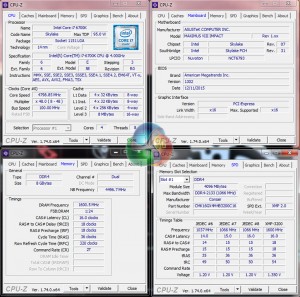 Asus’ Maximus VIII Impact had absolutely no problems taking our Core i7-6700K to its frequency limit of 4.8GHz. Load voltage sat at around 1.37V (as validated by a multimeter), which was around 20-30mV less than the 1.40V we selected in the UEFI, due in large to the chosen LLC settings.

The Level 5 LLC setting was selected based on our previous experiences with Asus’ Z170 motherboards and because Level 6 delivered a voltage overshoot (albeit only 8mV). I do wish that Asus would provide a LLC setting that delivers closer to the requested voltage level without overshooting, however the challenges in overcoming accuracy levels of the PWM controller also come into play.