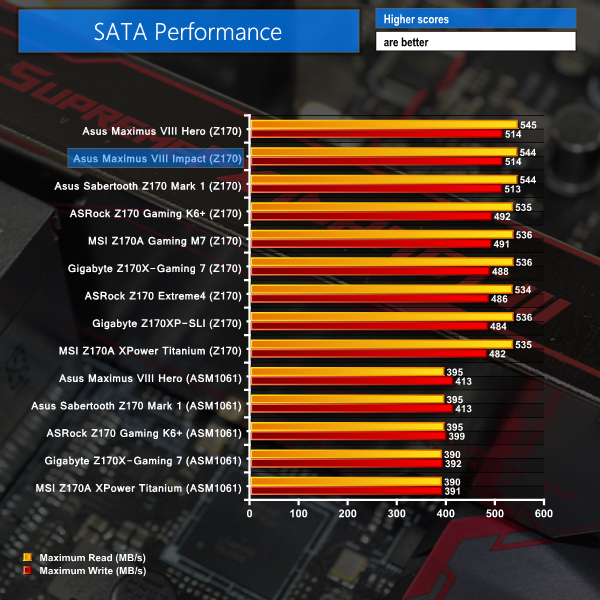 SATA 6Gbps performance from Asus’ board is slightly faster than competing vendors’ offerings. In the real world, this small transfer rate differential is unlikely to be noticeable, however it is undeniably present. 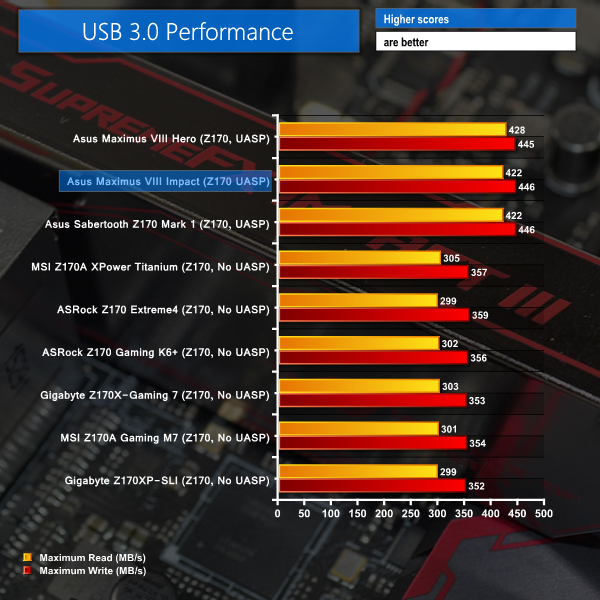 Thanks to the USB 3.1 Boost software provided by Asus, users of the Windows 7 test system can benefit from activation of UASP and enhanced USB 3.0/3.1 transfer rates.

Asus delivers USB 3.0 transfer rates that are significantly faster than all of its competitors thanks to the included software. This is important if you regularly transfer large files or perform backups to USB 3.0 drives.

The performance discrepancies will likely be smaller using the Windows 8.1 and 10 operating systems thanks to updated UASP driver support native to the OS.

According to RMAA, general performance of the Maximus VIII Impact’s audio system is Excellent. There are very few weaknesses to the SupremeFX Impact III audio system, with frequency responses and the dynamic range being particularly strong.

Unfortunately we were only able to test the 2.4GHz frequency band performance. Our 5GHz connectivity gave issues and the problem seems to be related to a driver issue with our Windows 7 SP1 test OS. Asus are currently looking into this issue. 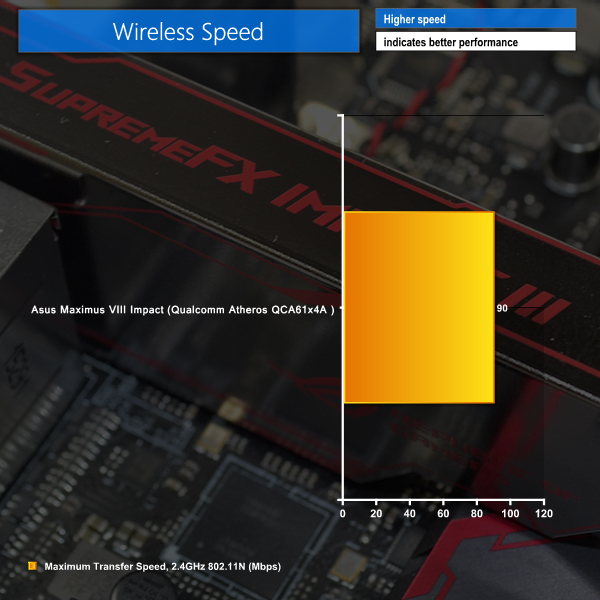 2.4GHz 802.11N networking results do not really show what performance the Qualcomm Atheros QCA61x4A 802.11ac wireless adapter is capable of. However, reduced wireless performance is the price that we have to pay due to a 5GHz networking issue with our Windows 7 SP1 test system.

There was a large amount of wireless clutter in our test environment, so expect different results with your system. We would also expect 5GHz 802.11ac networking speeds to be in the region of 300Mbps and above for real-world testing. 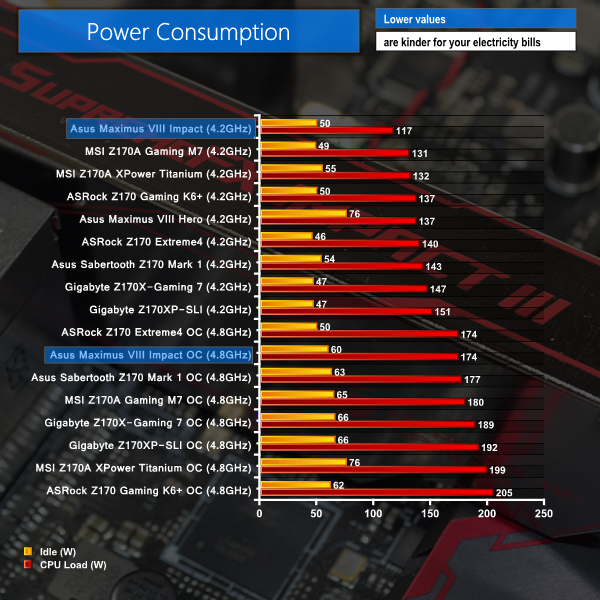 There is little information in the power consumption results to speak for the efficiency of Asus’ customised power delivery system, however there’s nothing to show it struggling either.