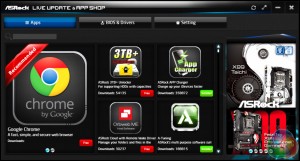 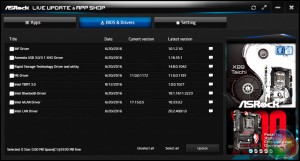 ASRock's software is the least-developed and refined of the four big motherboard vendors, nonetheless the same key utilities are still offered. Live Update is ASRock's semi-automatic software utility, it will scan for the version information of supported installed software or drivers and then allow you to update each one in-turn. 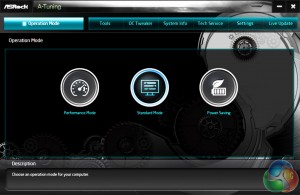 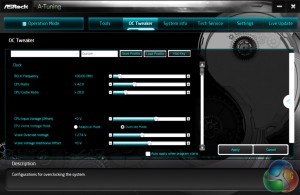 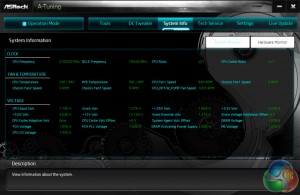 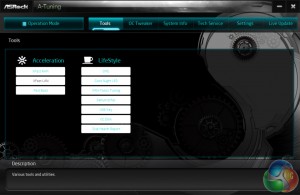 A-Tuning is ASRock's equivalent of ASUS AI Suite, Gigabyte EasyTune and MSI Command Center. A-Tuning is no different to the F-Stream found on ASRock Fata1lty Gaming products except the application is skinned differently to reflect the different product branding.

From within A-Tuning you can implement on-the-fly voltage and frequency changes, monitor a variety of system temperatures and voltages and tweak many of the power and performance options built into Windows as standard. A number of other utilities can also be launched from A-Tuning if they have been installed but once launched most of them act as independent applications so A-Tuning is more of a application dashboard than a multi-function application. 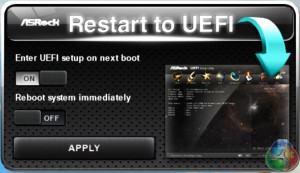 A lightweight and completely independent utility ASRock provides that does come in handy is the Restart to UEFI software. Think of it as a software equivalent of the boot-to-BIOS buttons that went out of fashion a while ago. This will probably be useful for anyone who frequently tweaks UEFI settings, or has multiple UEFI profiles that they switch between depending on circumstances.