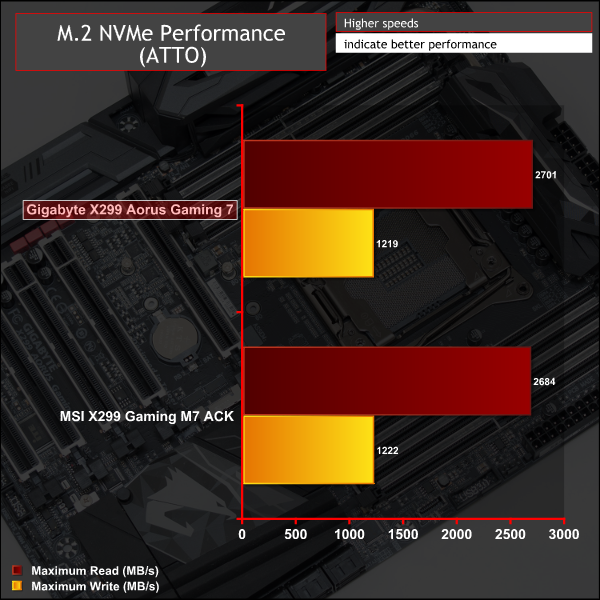 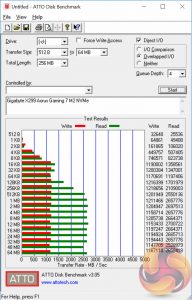 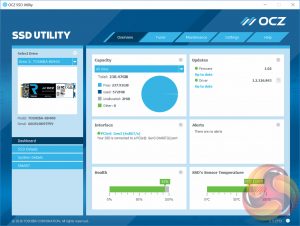 M.2 performance was as expected and cooling was decent enough. After three extended ATTO runs totalling close to 10 minutes temperatures hovered around the low 70s (degrees Celsius). This result was slightly worse than that of MSI’s X299 Gaming M7 ACK but there’s not a lot in it.

Admittedly, the use of an open air test bench for our benchmarking is probably favourable for the test results but we’ve seen almost every Z270 motherboard before this throttle under the same conditions. 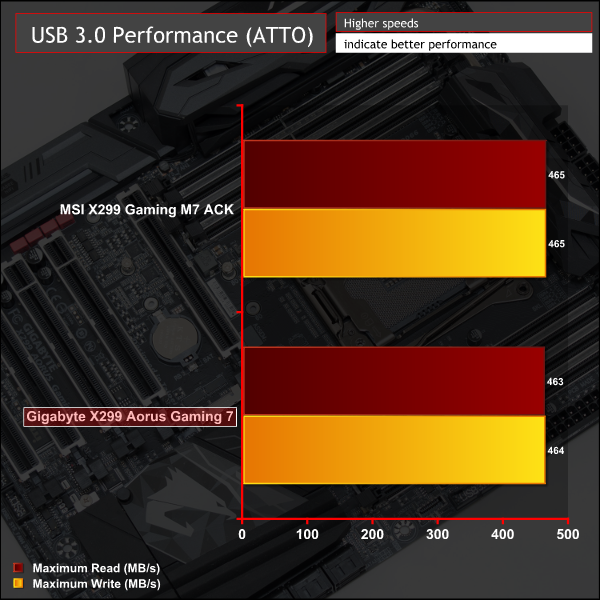 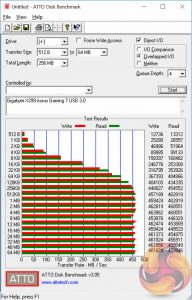 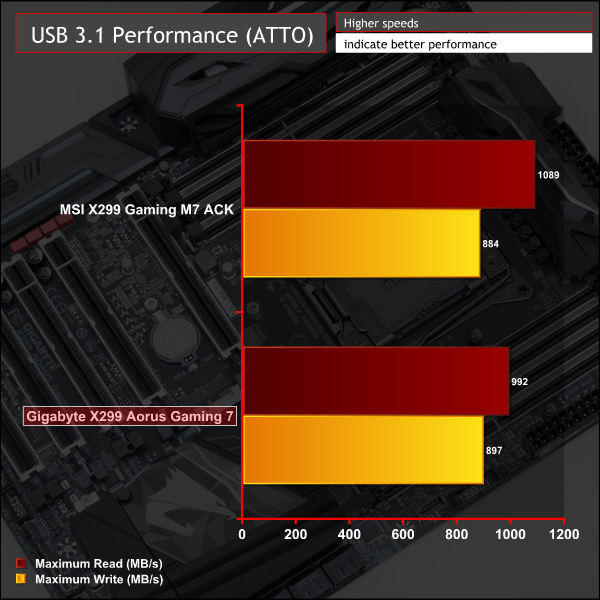 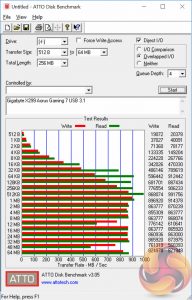 USB 3.0 performance met expectations but USB 3.1 was about 100 MB/s down where we’d expect it to be. Our only theory for this is that the rear USB 3.1 Type-A ports go over a Realtek Hub (RTS5423) rather than direct to an ASMedia ASM3142 controller, this clearly impacts performance. Not only is the peak throughput down but the results were a little bit more inconsistent too. 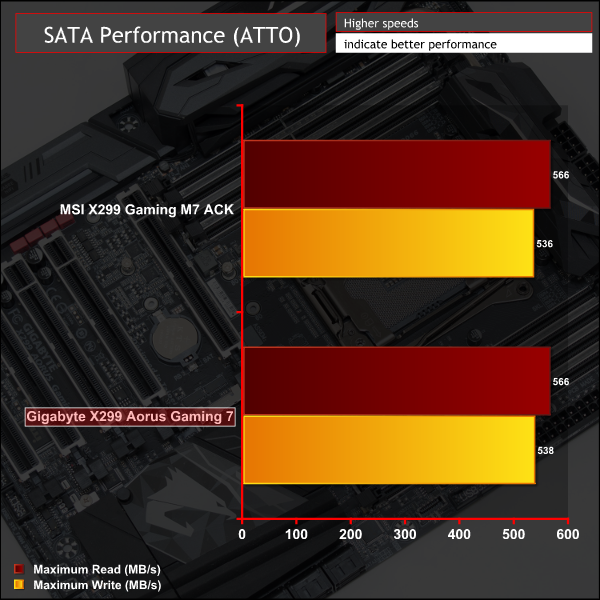 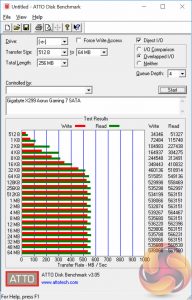 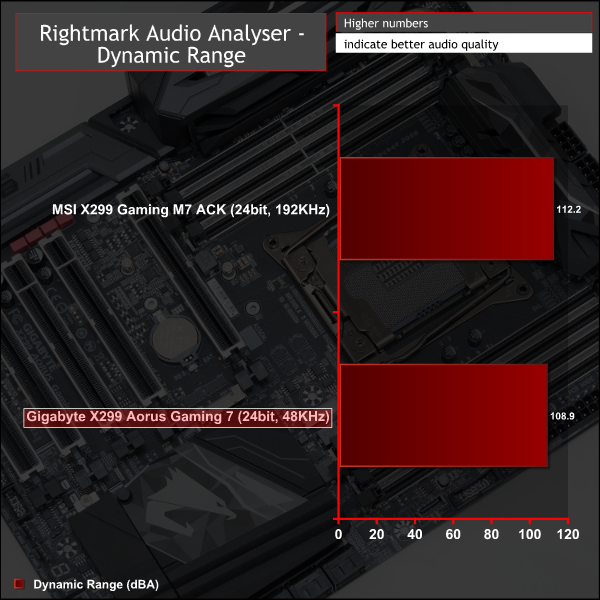 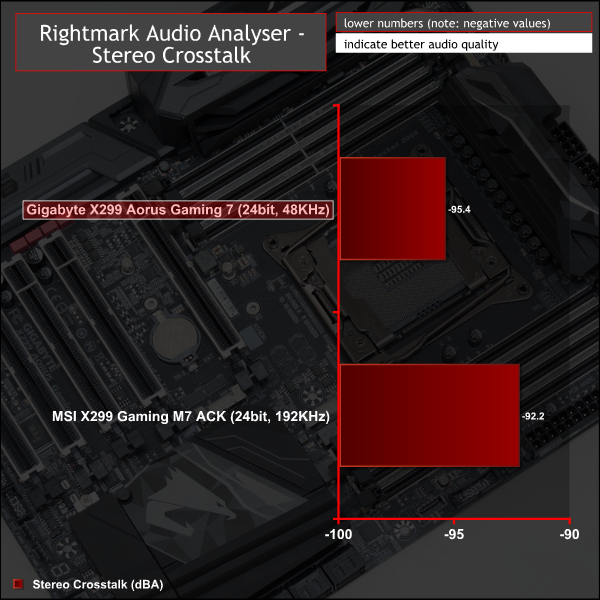 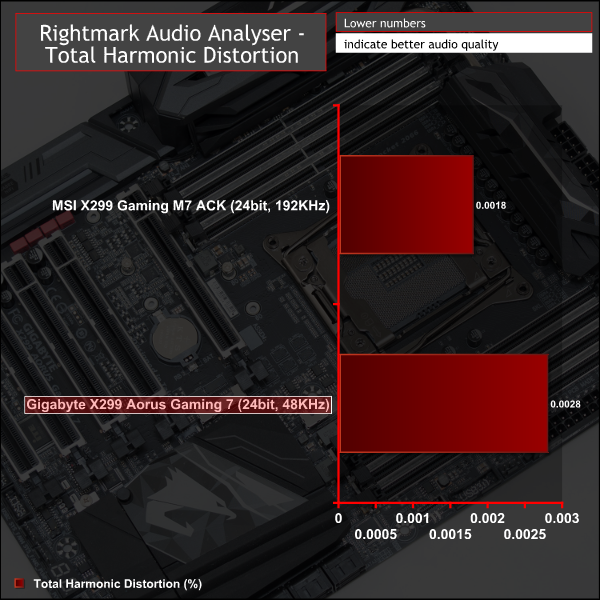 Strangely the Gigabyte X299 Aorus Gaming 7 couldn’t operate at 24bit, 192 KHz on the line-in despite having the same audio codec as the MSI motherboard. We had to test at 48KHz instead, meaning the results are not directly comparable.

The results returned are “Very Good” overall, just like the MSI X299 ACK Gaming M7, but MSI’s solution achieved better numbers and ratings across the suite of audio tests.