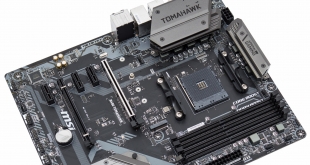 AMD X470 is the top motherboard chipset for AMD's AM4 socket but it comes with a noticeable price premium over the second-tier B450 chipset motherboards which, for most applications and users, can be difficult to justify.  And unlike Intel, which intentionally removes overclocking from all chipsets below Z370, AMD fully support and endorse overclocking for the B450 platform.

That means motherboards like this MSI B450 Tomahawk can offer an attractive suite of connectivity and features, including overclocking capability, for a surprisingly modest price point. Intel's second tier chipsets for LGA1151v2, like H370 and B360, just can't compete. 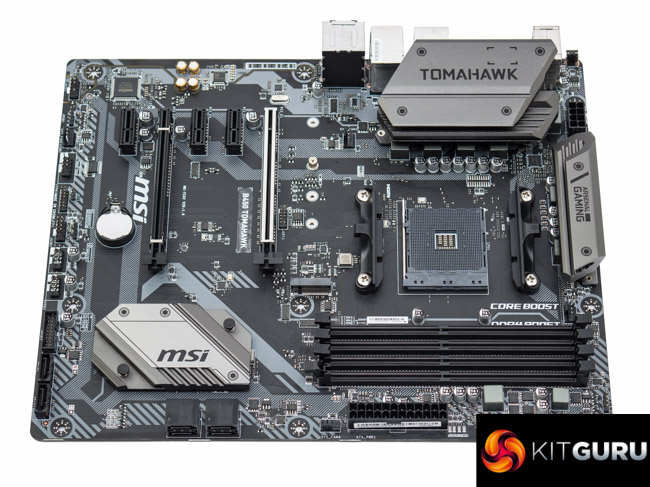 The MSI B450 Tomahawk is able to deliver a lot at an introductory price point of around £100/$100, owing to AMD's generous standard connectivity for the B450 chipset. MSI has ensured all the latest connectivity is utilised including M.2 32Gbps, USB 3.1 10Gbps and RGB LED strip headers.

MSI has thought carefully about other design elements with debug LEDs to help with the initial system setup as well as an “Extended Heatsink Design” for the CPU VRM to help allay any concerns about thermal performance of the VRMs. On the subject of which the 4+2 phase VRM is definitely good enough for the intended audience, especially when paired with the decent-sized heatsink.

Consumers looking to build a new system could choose a six-core AMD Ryzen 5 1600 processor (£140) and pair it with a motherboard like this MSI B450 Tomahawk (£100). The equivalent Intel option based on the six-core Intel Core i5 8400 (£180) with a similar motherboard like the MSI B360 Gaming Plus (£90) is more expensive and has no overclocking support.