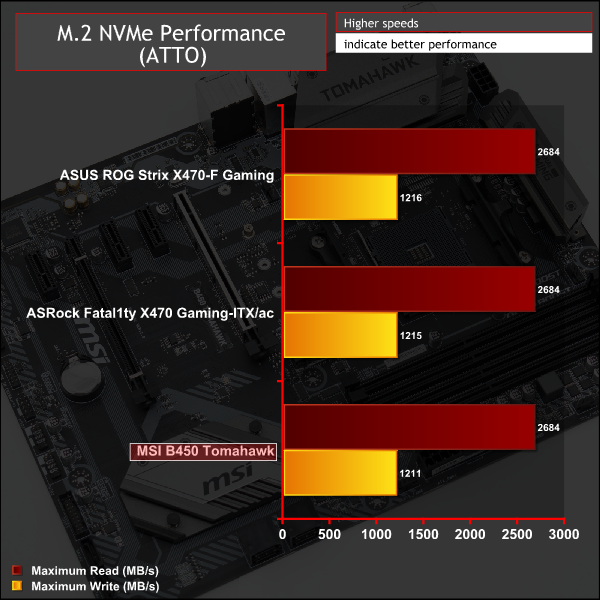 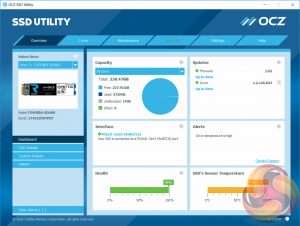 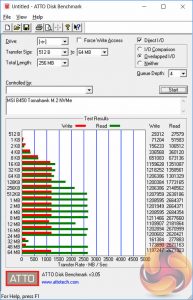 M.2 performance exploited the full capability of the drive. There was thermal throttling, as there’s no M.2 cooling solution, but that’s understandable given the price point. 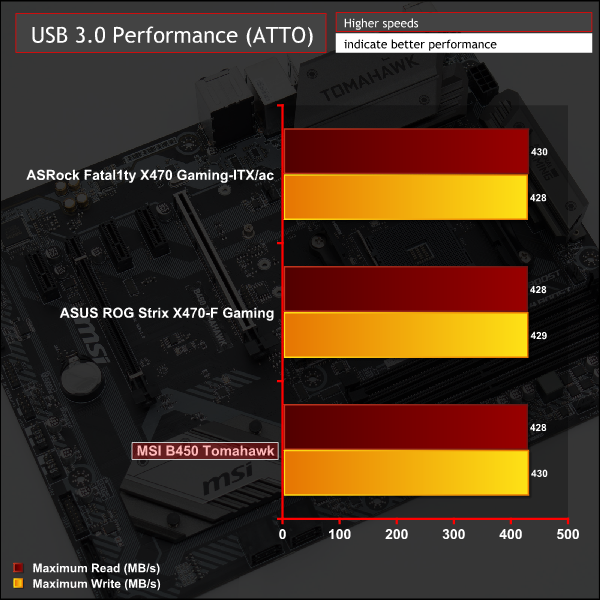 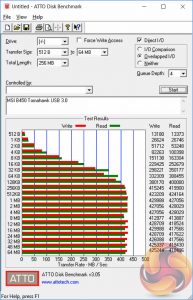 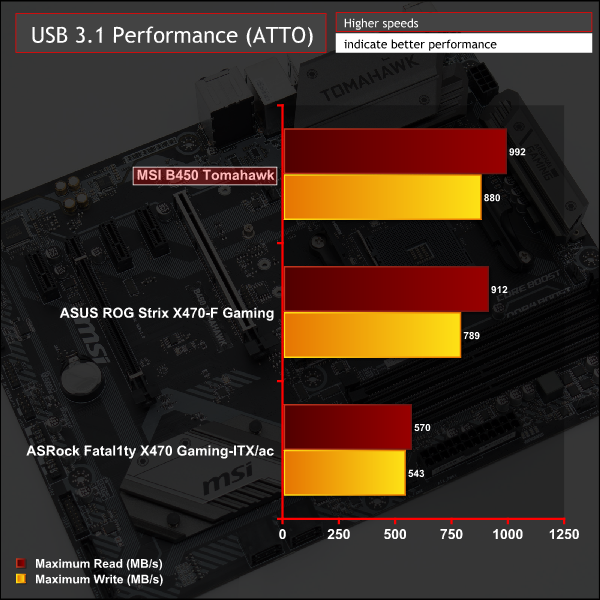 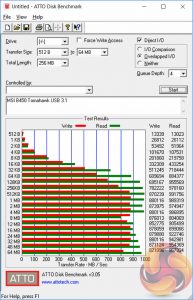 USB 3.0 and 3.1 performance were as expected on the MSI B450 Tomahawk. We tested both USB 3.0 routes, the rear ports via the AMD Ryzen CPU and the front ports via the AMD B450 chipset, and achieved the same results. There was only one USB 3.1 controller to test.

*For the ASRock X470 mini-ITX motherboard we had compatibility issues between its only USB 3.1 Type-A port (via the AMD X470 chipset controller) and the ASM1352R RAID box and thus we were unable to get results on our standard test equipment. It proved impossible to get to the bottom of this issue and we were not able to get a single successful benchmark run despite trying a second ASRock motherboard, a different ASRock ASM1352R based RAID board, a fresh install of Windows 10, numerous UEFI versions, different drivers and AMD firmwares and many different power and BIOS options.

We did manage to test with a single USB 3.1 (ASM1351) to SATA device with one Transcend SSD370S 512GB SSD and achieve speeds faster than USB 3.0 just to validate the port was functioning correctly. 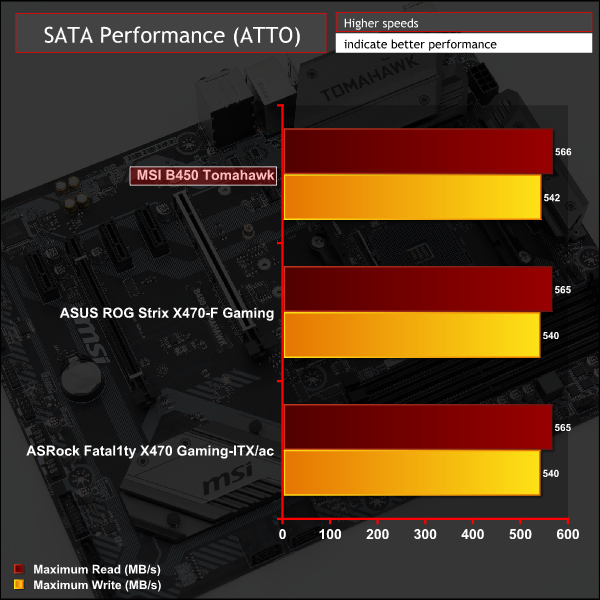 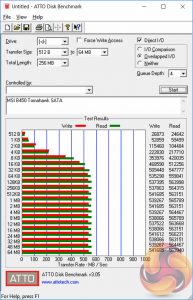 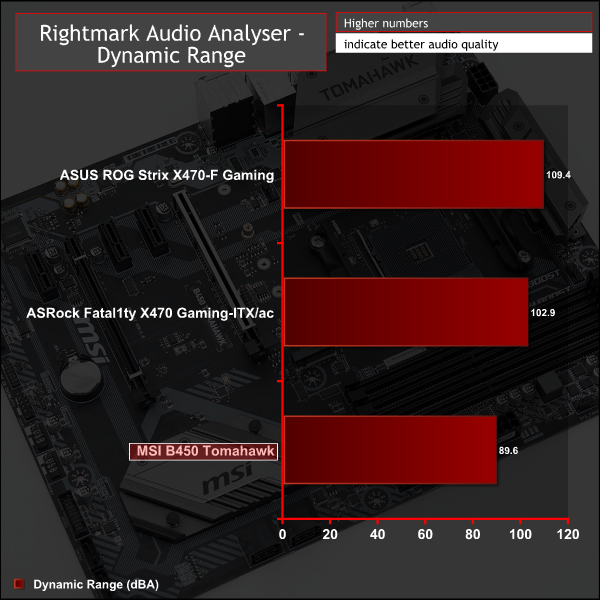 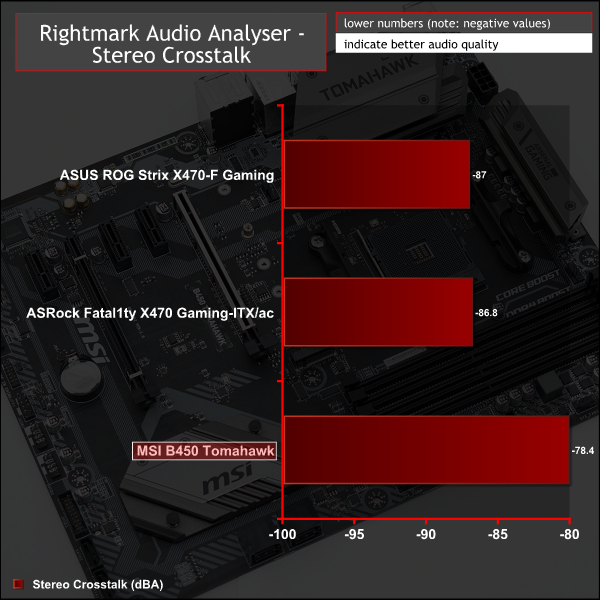 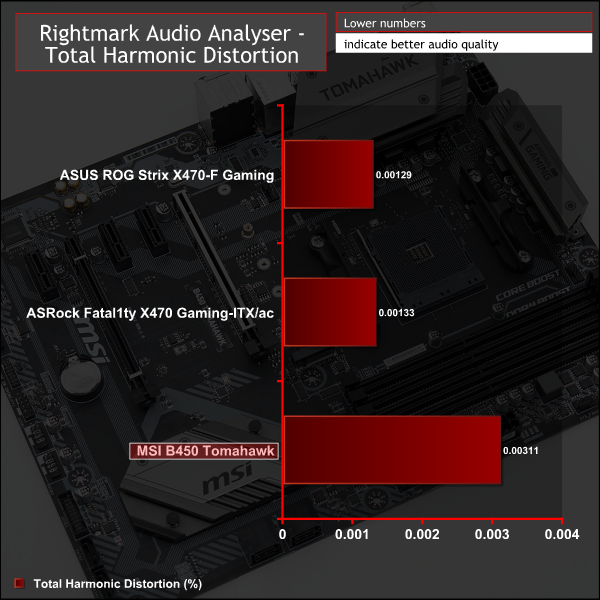 Audio performance was lower than both X470 motherboards that have been tested thus far. However, this reflects the different audio codec used (ALC892 instead of ALC1220), rather than any chipset differences.

The audio performance on the MSI B450 Tomahawk will still be good enough for most people, it’s analogue audio only (up to 7.1 channel) paired with good quality audio capacitors but there are no fancy headphone amplifiers or advanced features.