To test the MSI B450 Tomahawk motherboard’s CPU overclocking potential, we set the CPU core voltage no higher than 1.4V and push for the highest stable clock speed. We maintain the DRAM frequency at 3200MHz to take memory stability out of the overclocking equation. Once the highest clock speed for 1.4V is achieved we see if there is potential to reduce the voltage while maintaining system stability. 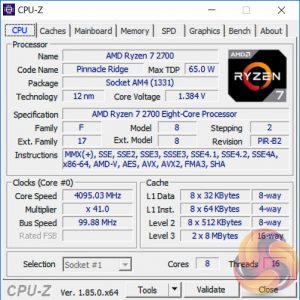 Overclocking was a straightforward affair, we were able to get the system to boot and be stable at 4.1GHz with 1.375 volts from the UEFI using LLC Mode 5, which was “effectively” 1.35v vCore according to the CPU’s self-reporting but 1.375~1.385v according to the motherboard sensors. 4.2GHz was not possible without exceeding 1.4 volts. 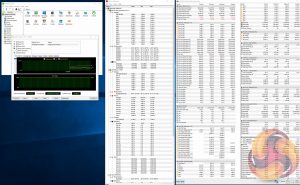 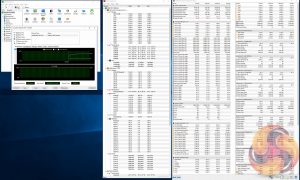 The motherboard has a sensor which it reports as being the MOS, newer versions of HWiNFO also report this as the “VR MOS” sensor – though in our initial testing we were using an older version. Based on running the old and newer versions of HWiNFO side-by-side the “Motherboard” and “Auxiliary” sensors in the screenshots above are the MOS temperature sensor, while AUXTIN2 is the PCH sensor.

At stock load the MOS temperature was 50 degrees Celsius after a 10 minute stress test, at overclocked load it was 76 degrees Celsius. If these temperatures are accurate, they indicate VRM cooling is more than sufficient for ensuring that no overheating occurred. Ambient airflow will still be important, though, to ensure that overheating doesn’t occur under prolonged high CPU load in a limited airflow environment. 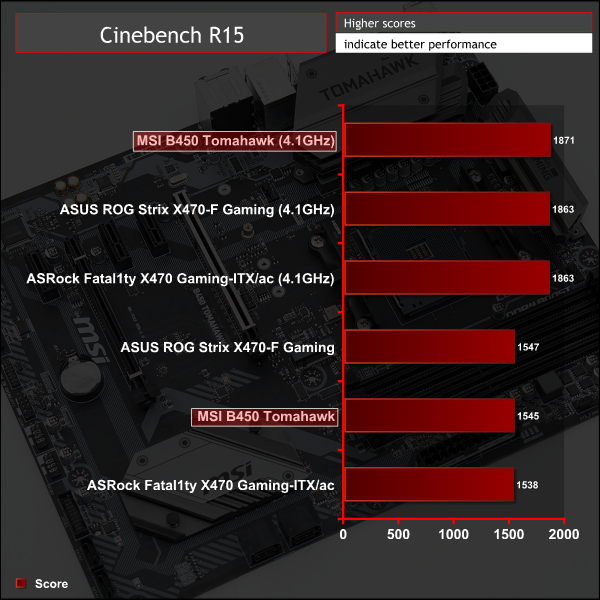 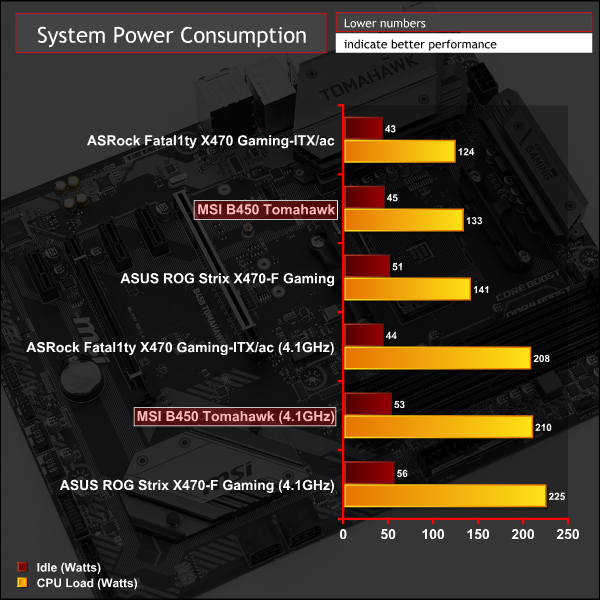 Overclocked performance and general power consumption were fairly standard for the MSI B450 Tomahawk – no surprises here. 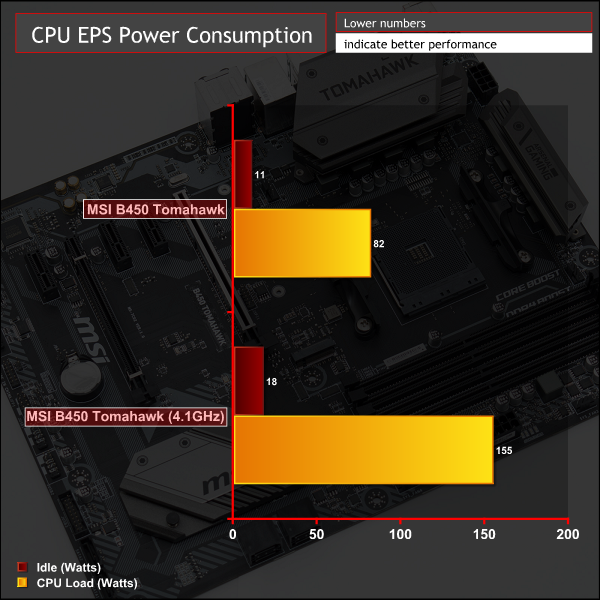 Stock CPU power consumption represents approximately 28% for idle and 69% for load of the system total, when adjusted for PSU efficiency*.

Overclocked CPU power consumption represents approximately 39% for idle and 78% for load of the system total, when adjusted for PSU efficiency*.