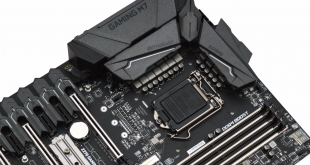 MSI’s Gaming motherboard range, signified by the MSI Dragon, has proven very popular since it was first introduced . MSI’s recent lineup has consisted of an M3, M5 and M7, with the M7 being the top of the Gaming series – second in MSI’s Z270 portfolio only to XPower. Today we put MSI’s Z270 Gaming M7 on test to see what MSI’s high-end gaming motherboard has to offer. 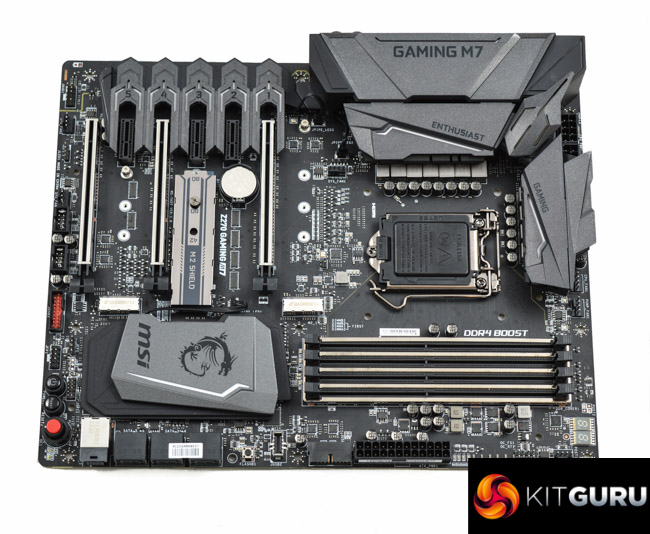 MSI’s Gaming M7 has has typically been overshadowed by the Gaming M5. Arguably, the MSI Gaming M5 motherboard has delivered a more optimal balance of features and pricing for consumers. In the past MSI has struggled to do enough to set the M7 apart from its more affordable sibling. Indeed it appears the differences between the M5 and M7 will be a pertinent consideration for prospective buyers of MSI’s new Gaming Z270 motherboards.

What the M7 includes that the M5 doesn’t is an extra M.2 port, front USB 3.1 Type-C header, an additional Realtek ALC1220 codec, OC features (slow mode, OC retry, etc.), power/reset buttons, enhanced memory compatibility and a more powerful CPU VRM with an additional supplementary power connection. Whether those differences combined offer enough utility and value to push consumers to make that extra spend, remains to be seen and will ultimately depend on the person.

It seems that with Intel’s Z270 chipset and Kaby Lake platform being so generously equipped as standard motherboard vendors are having a tougher time creating higher-end motherboard SKUs where premiums can be justifiably charged. In the past the difference between a mid-range motherboard could have meant sacrificing access to cutting-edge connectivity standards or simply having less available in the way of networking, storage and USB connectivity.

With the Z270 generation and the last couple of Intel Z-Series chipset generations the differences have been more subtle including minor variations that have a sizeable impact on development and production costs for motherboard vendors, and subsequently the retail price, but little impact on the real-world end-user experience.