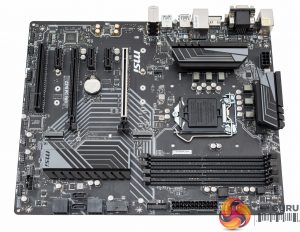 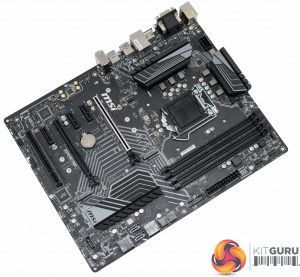 MSI’s design with the Z370 PC Pro is relatively plain and neutral enough to fit into most system builds. The colour scheme is predominantly black with grey accenting across the PCB and heatsinks. 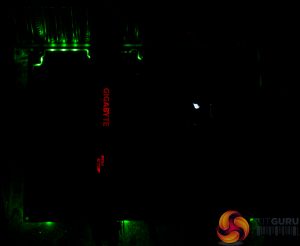 MSI provides single-zone RGB lighting that goes around the entire motherboard but is most prominent around the isolated audio PCB. There are a full range of RGB colour adjustments with numerous lighting modes, all controlled through MSI’s Mystic Light application which we’ll go through later on. RGB lighting can be expanded through the onboard 12V GRB header.

The placement of SATA ports and USB headers along the long-edge of the motherboard is a little messy, MSI has mixed right-angle and vertical connections with some recessed and some not. This isn’t going to be a motherboard for the fussy “cable-manager”.

MSI provides a legacy PCI port, something we’ve not seen in a while, through ASMedia’s ASM1083 chip that shares bandwidth with a PCIe 3.0 1X slot. At the end of the motherboard there’s also the optional RGB header (12v GRB). 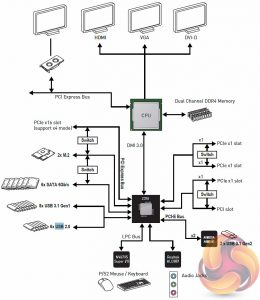 The Realtek ALC887 audio codec sits on an isolated PCB and uses Chemicon audio capacitors, and there’s no sign of a headphone amplifier or other audio extras which reflects the price point of this motherboard.

The rear I/O is more than sufficient for the price point and covers all the important bases.  We find it important to indicate that the native audio channel support of the rear I/O is only 5.1, despite MSI advertising 7.1. Technically, 7.1 channel is possible but requires a “teaming” of sorts of the rear audio ports and front audio panel via the Realtek driver. 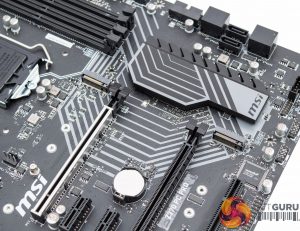 Along the top of the motherboard is a couple of fan headers, one CPU and one PUMP, with two more SYS fan headers nearby in case of additional fan header demand for a multi-fan CPU cooler. 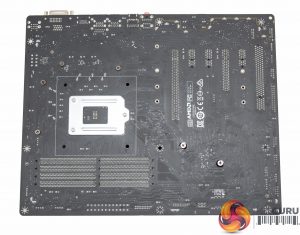 The underside of the motherboard is fairly sparse and uses cross-head screws throughout. There a few nondescript ICs underneath related to the CPU VRM that probably assist with voltage smoothing and stabilisation. 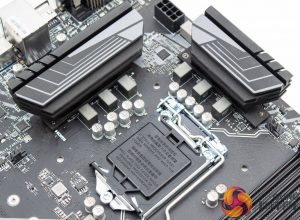 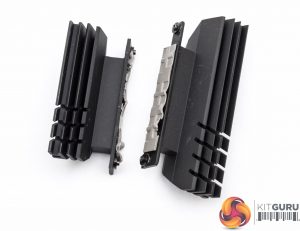 The CPU VRM has a couple of aluminium heatsinks on cooling duties which make contact with thermal pads. They will be sufficient for basic to moderate overclocking but anything significant should be done on a higher-end motherboard. 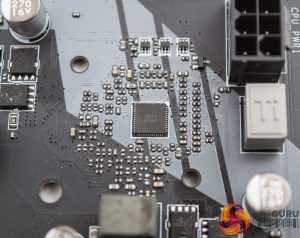 The CPU VRM makes use of a uP9508Q PWM controller which we also saw on the MSI Z370 Gaming Pro Carbon AC. There is a publicly available data sheet for a uP9508 controller, see here, that indicates a maximum of a 3+2 phase solution but it seems it can be made to operate in 4+1 phase mode on many motherboards, or the uP9508Q is a separate variation that supports a 4+1 configuration. 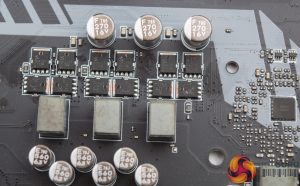 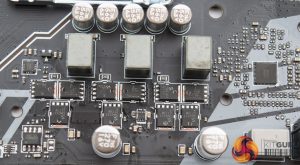 The overall CPU VRM implementation is definitely entry-level and anyone looking to apply a substantial overclock should consider looking elsewhere. However, for moderate overclocking the MSI Z370 PC Pro will do the job. 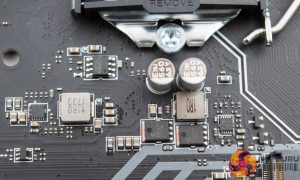 The VCCSA and VCCIO phases appear to be comprised of a further mix of Sinopower SM4337 and 4503NH MOSFETs as well as a GSTek GS7133 driver, there is also another GS71113 driver located near the iGPU phases.

The memory phases use Nikos PK632BA and PK618BA MOSFETs as well as myriad of other components, it’s likely a single phase solution.