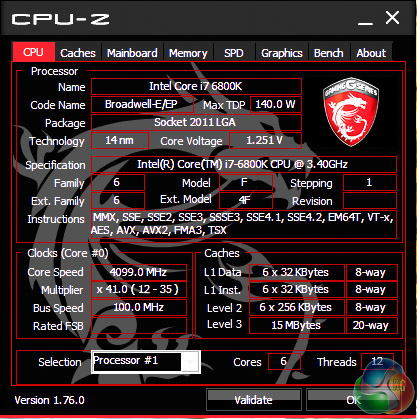 For this round of X99 testing we made use of a retail Core i7 6800K and based on testing with a number of motherboards it is a particularly weak overclocker, considering the high expectations we had for this CPU.

With the MSI motherboard we managed to get 4.1GHz stable with 1.25 volts and 4.2GHz would post with 1.25~1.3 volts but was sometimes unstable when running load tests. Hesitant to push the voltage further than 1.3 volts due to thermal constraints for a 240mm AIO, we settled on 4.1GHz as the final overclock.

For comparison the ASRock X99 Taichi managed to hold the 4.2GHz overclock stable with 1.275 volts but we reckon you’d be able to get 4.2GHz on this MSI board with enough patience and setting tweaking. 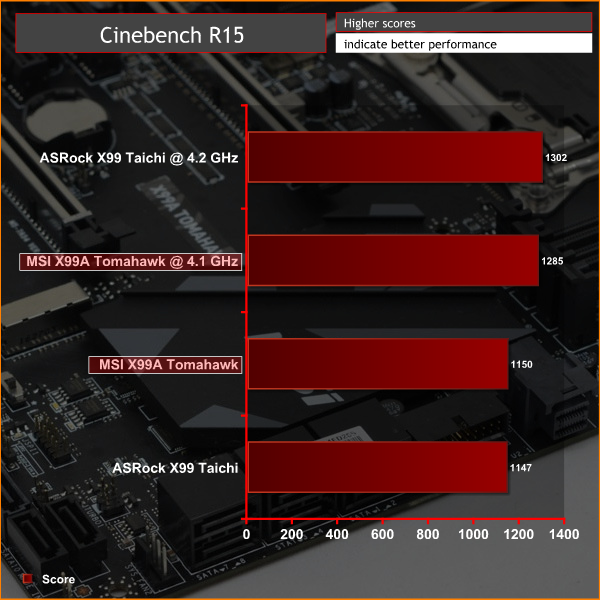 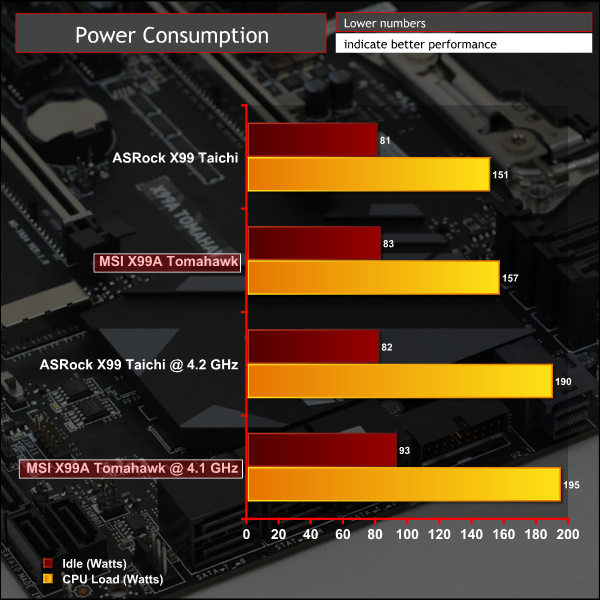 Overclocked CPU performance seems close (1.3% difference) given the frequency difference (2.5%) though the improvement over stock behaviour is still decent enough, circa 12%. 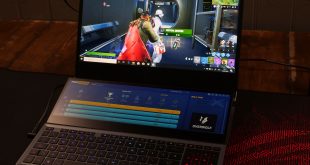 During the month of March KitGuru rocked up to an Asus event showcasing three new laptops with Intel 10th Gen Comet Lake processors and Nvidia Super graphics including the Asus ROG Zephyrus Duo 15. Unfortunately due to Covid-19 chaos, production is likely to be delayed and we may not see these laptops on sale until July.