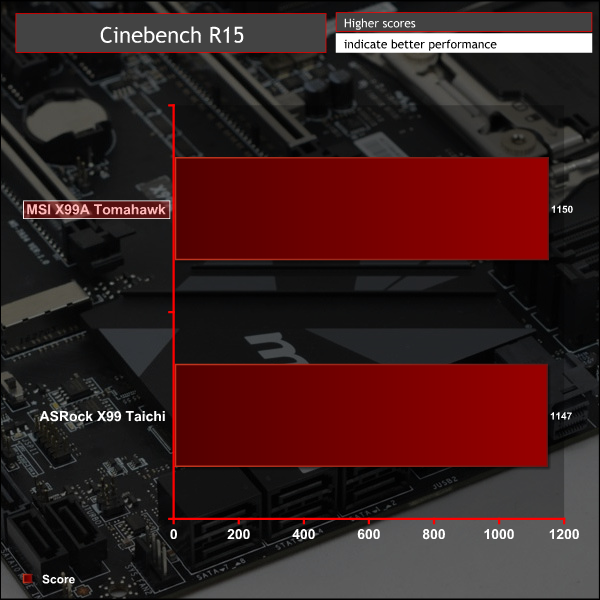 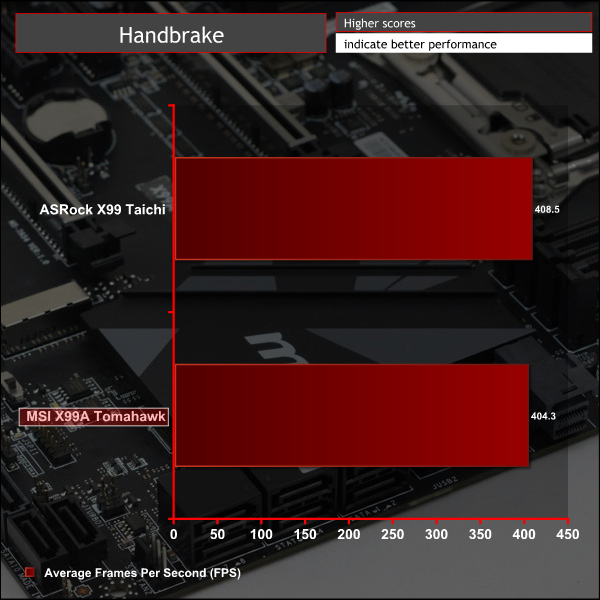 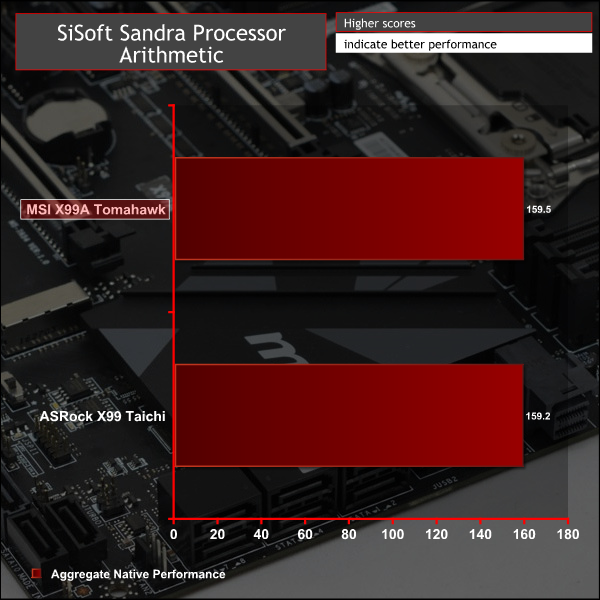 CPU performance between our two test X99 motherboards using the same XMP memory kit and i7 6800K is unsurprisingly similar. The higher auto cache ratio of the MSI motherboard (3.1GHz vs. 2.8GHz set by ASRock) doesn’t have much impact in our CPU-centric tests but should come into play with memory.