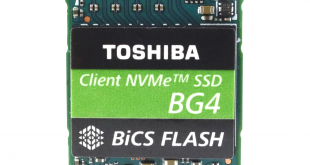 The BG4 is Toshiba's fourth-generation ball grid array SSD, combining NAND and controller in a single package. The new BG4 is a big step forward from the previous BG3 using Toshiba's latest NAND technology and a new controller. 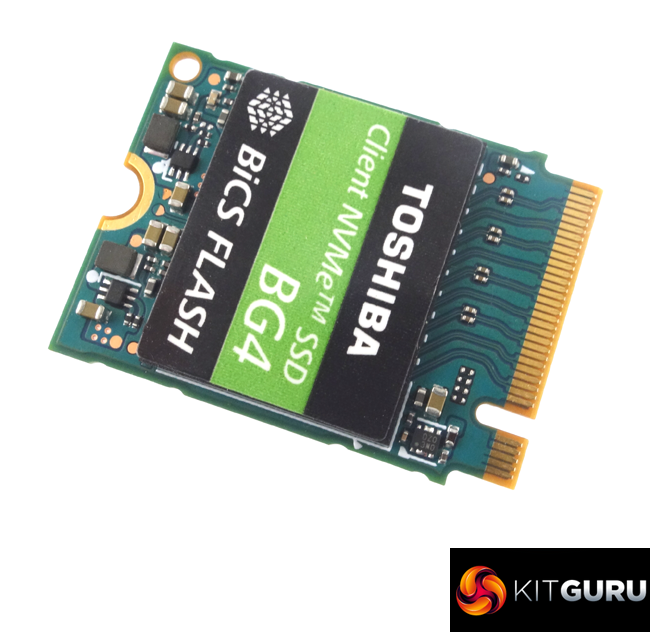 The previous generation drive, the BG3, used a controller with a PCIe 3 x2 interface, which has been replaced in the BG4 with one that supports PCIe 3 x4. Instead of a DRAM cache it uses NVMe Host Memory Buffer (HMB) technology, which uses a portion of host memory (less than 100MB) to support caching demands.