PCMark 8’s Consistency test provides a huge amount of performance data, so here we’ve looked a little closer at how the BG4 performs in each of the benchmarks test suites. 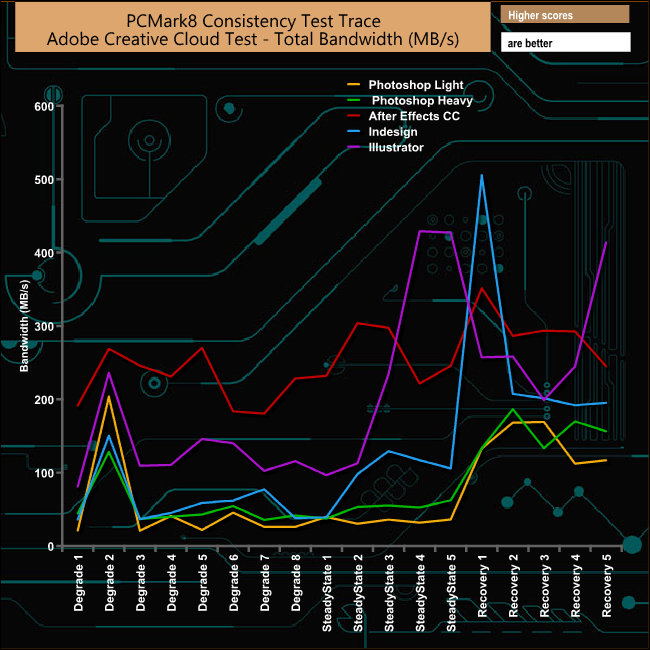 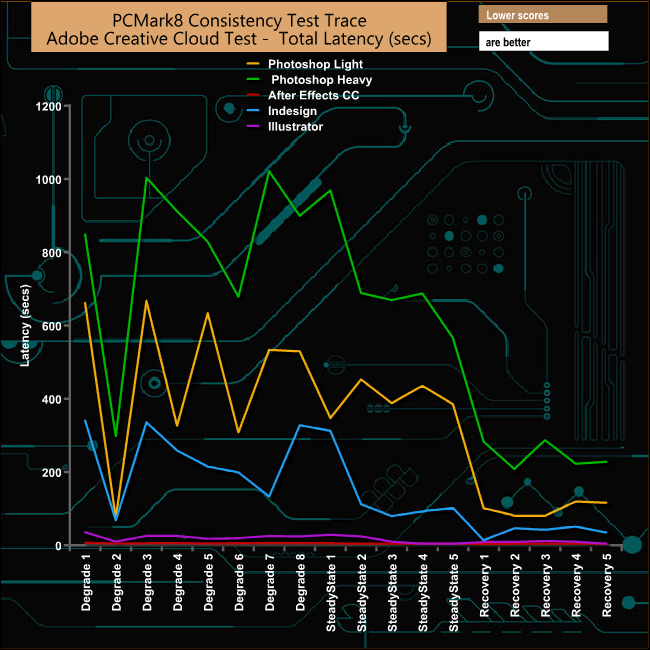 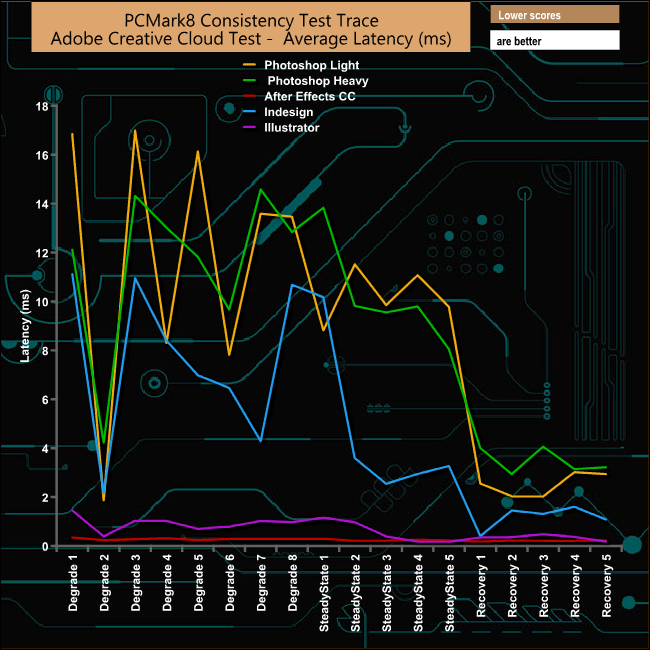 The drive doesn’t handle the Adobe CC test to well at all, with the Adobe Photoshop Heavy, Photoshop Light and Indesign tests all struggling for bandwidth throughout the Degradation and Steady State phases. There is a huge performance spike in the first recovery run of the Indesign test trace, but it very rapidly drops back down. 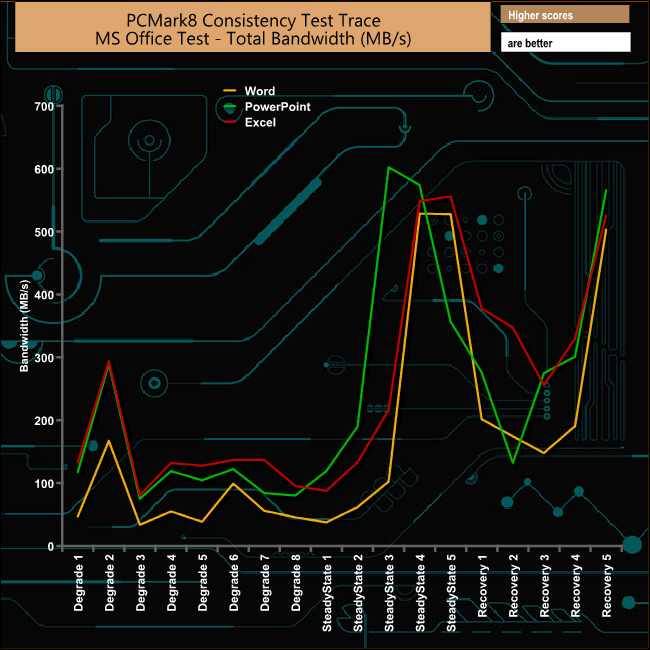 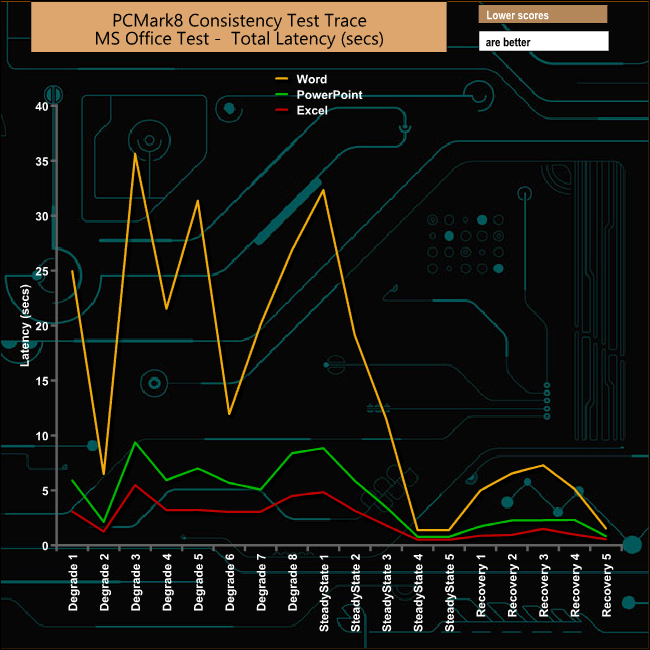 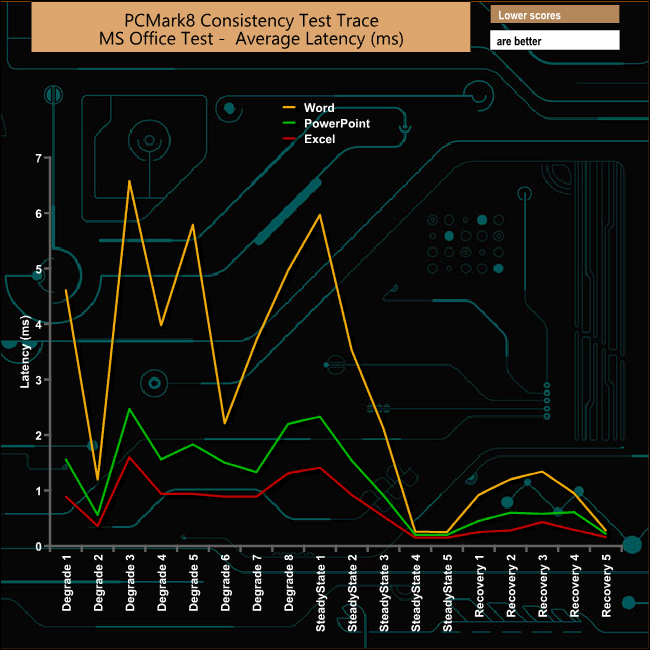 The drive also struggles with the MS Office part of the test. It’s usually the MS Office trace that causes most problems but with the BG4, all three test traces causes it problems during the latter stages of the Degradation phases. The drive does stage a remarkable recovery during the most of the Steady State runs but, very oddly the performance drops again during the early Recovery phases. 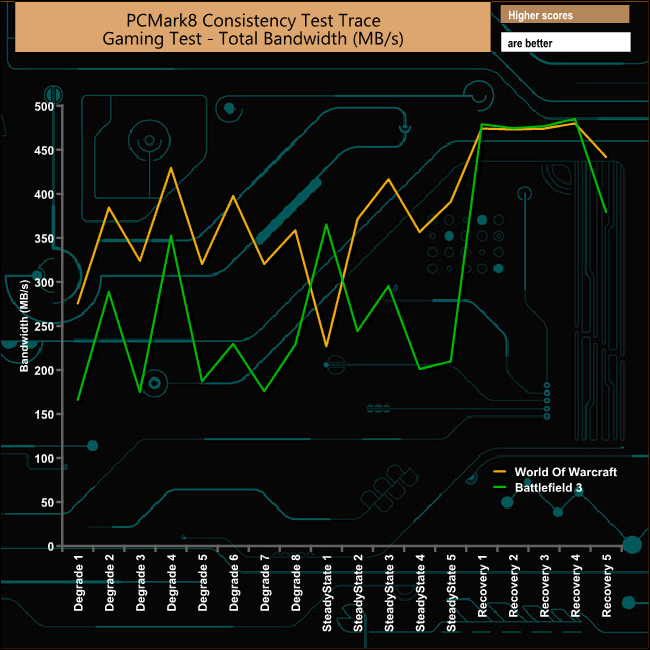 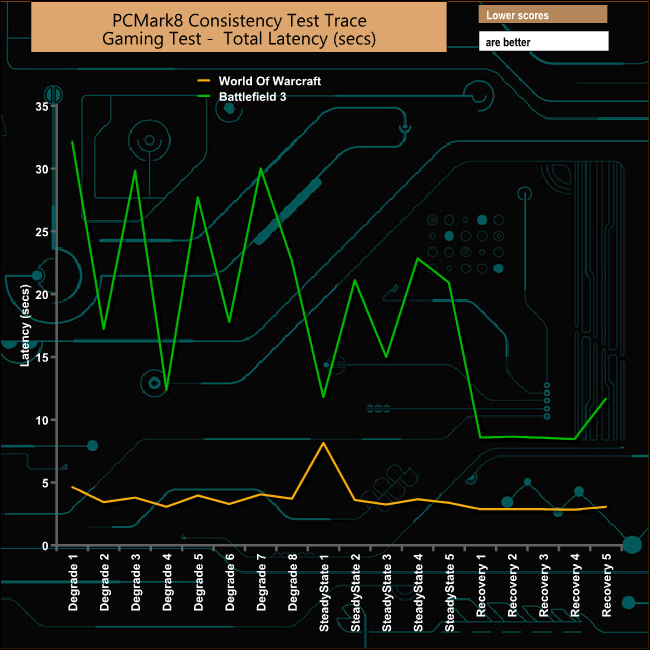 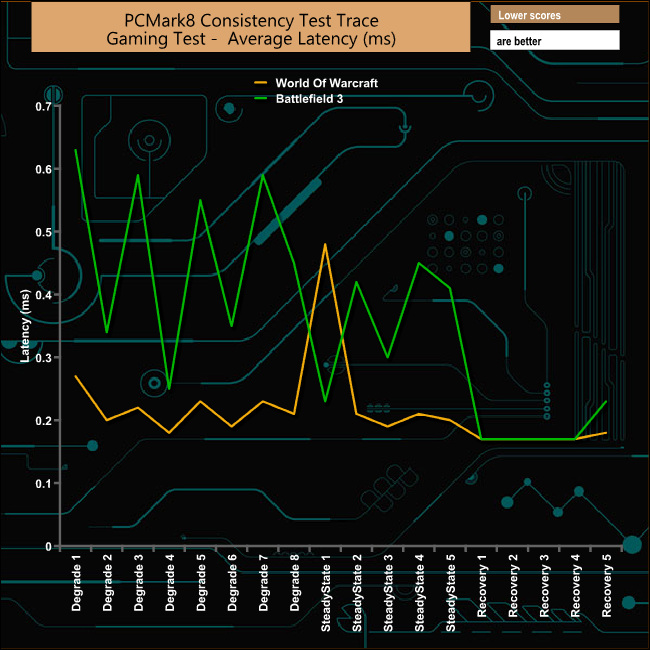 The performance of the drive during the Casual Gaming tests is erratic to say the least. The drive makes a decent start to the Recovery phase for both game tests but unfortunately, the performance tails off during the last Recovery run.