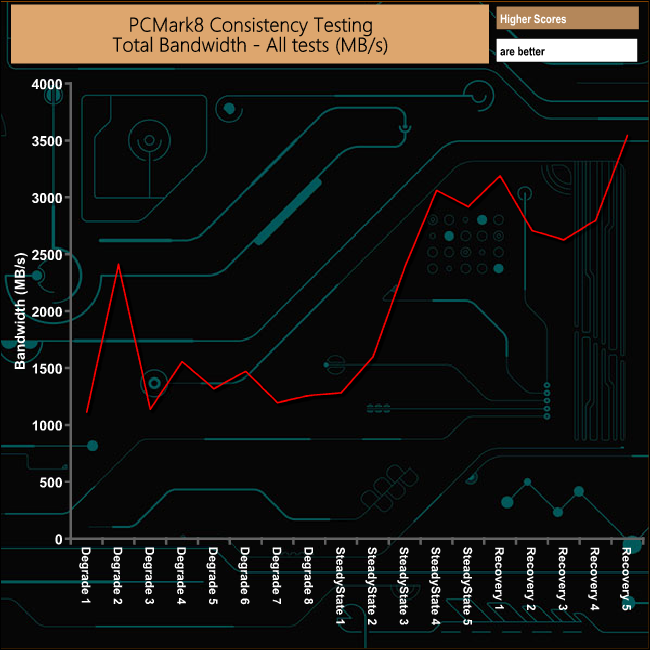 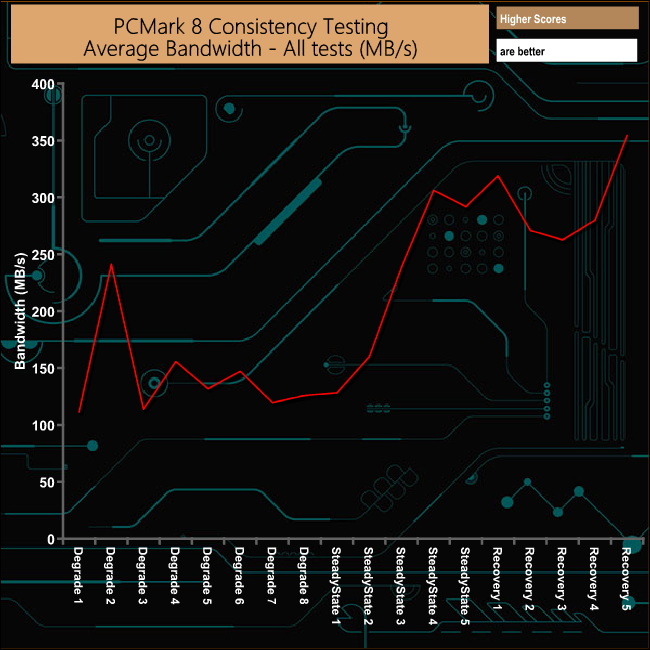 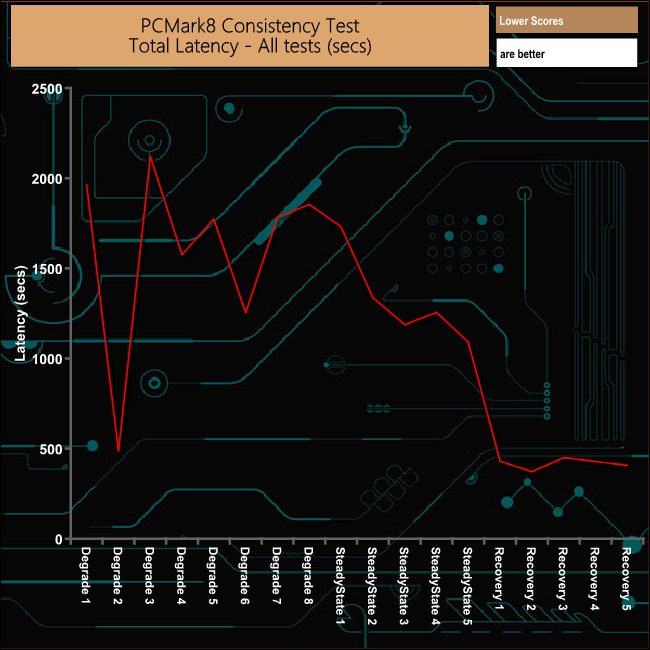 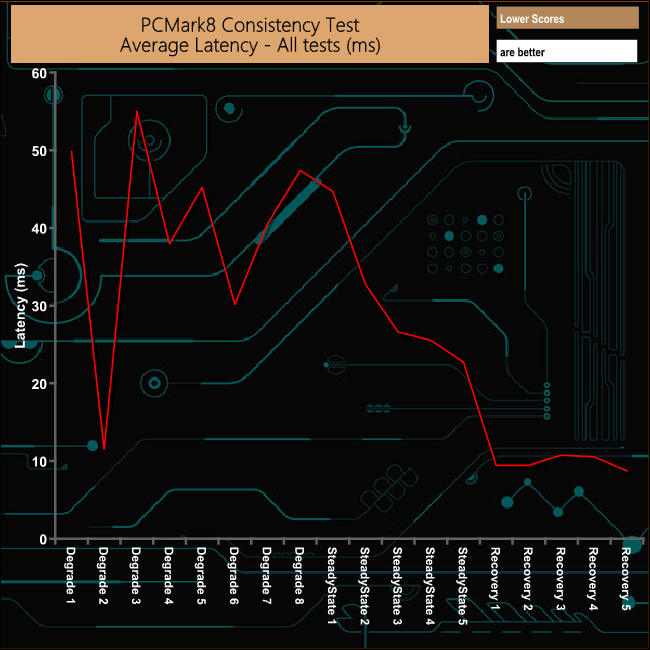 Overall the 1TB BG4 handles the PCM8 Consistency Test reasonably well. It gets hit hard during the latter stages of the Degradation phases but it does pull back the performance during the Steady State test runs and the recovery is good but erratic. 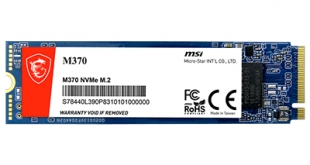