CrystalDiskMark is a useful benchmark to measure theoretical performance levels of hard drives and SSDs. We are using v6.0. 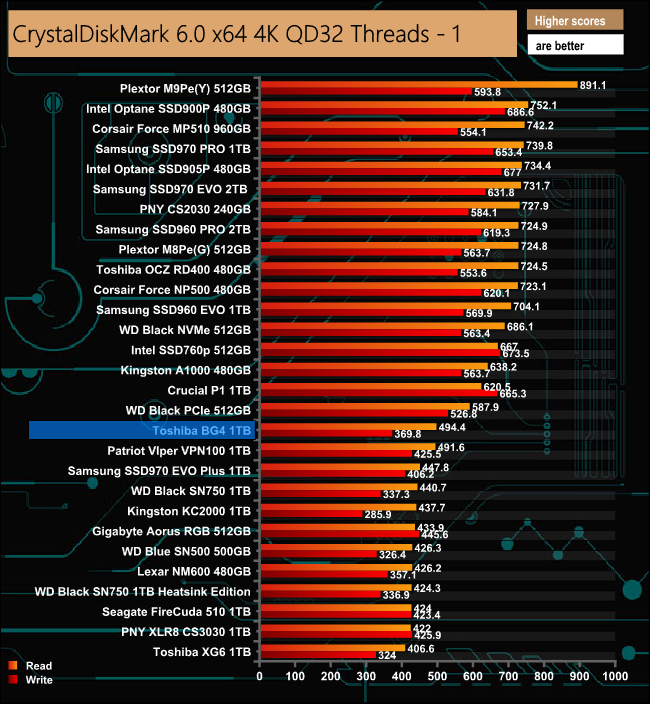 The 1TB BG4 is faster than the previous Toshiba OEM drive we reviewed, the 1TB XG6, in the CrystalDiskMark benchmark at a QD of 32. The BG4 produced read/write figures of 494MB/s and 369.8MB/s respectively compared to the 406.6MB/s read and 324MB/s write results of the XG6. 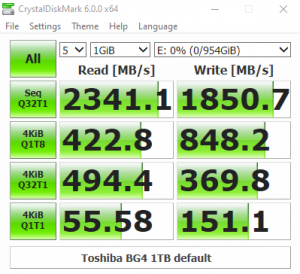 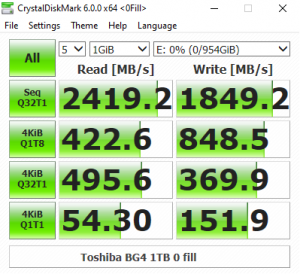 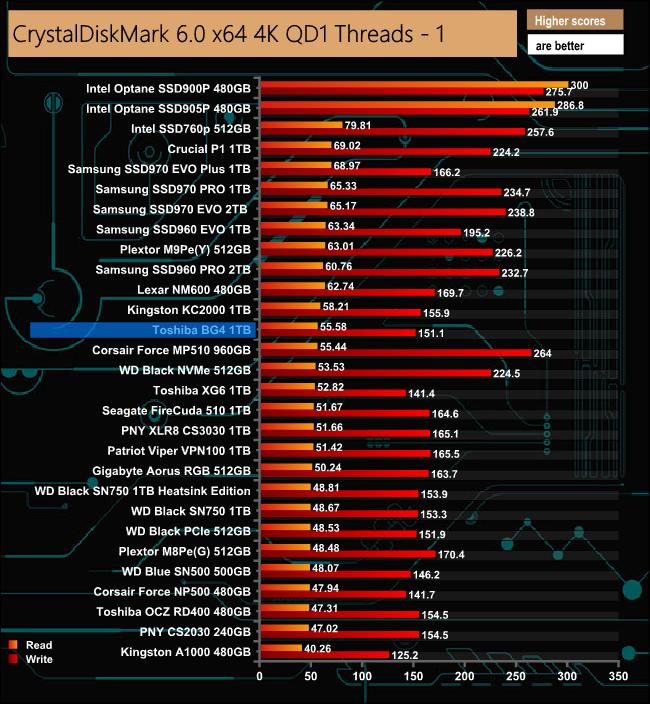 At a QD of 1, once again the BG4 is faster than the XG6, but this time the gap is a lot narrower for both reads and writes. Looking at both benchmark result screens, the Toshiba controller in the BG4 doesn’t seem to have a preference for which type of data it’s being asked to handle.